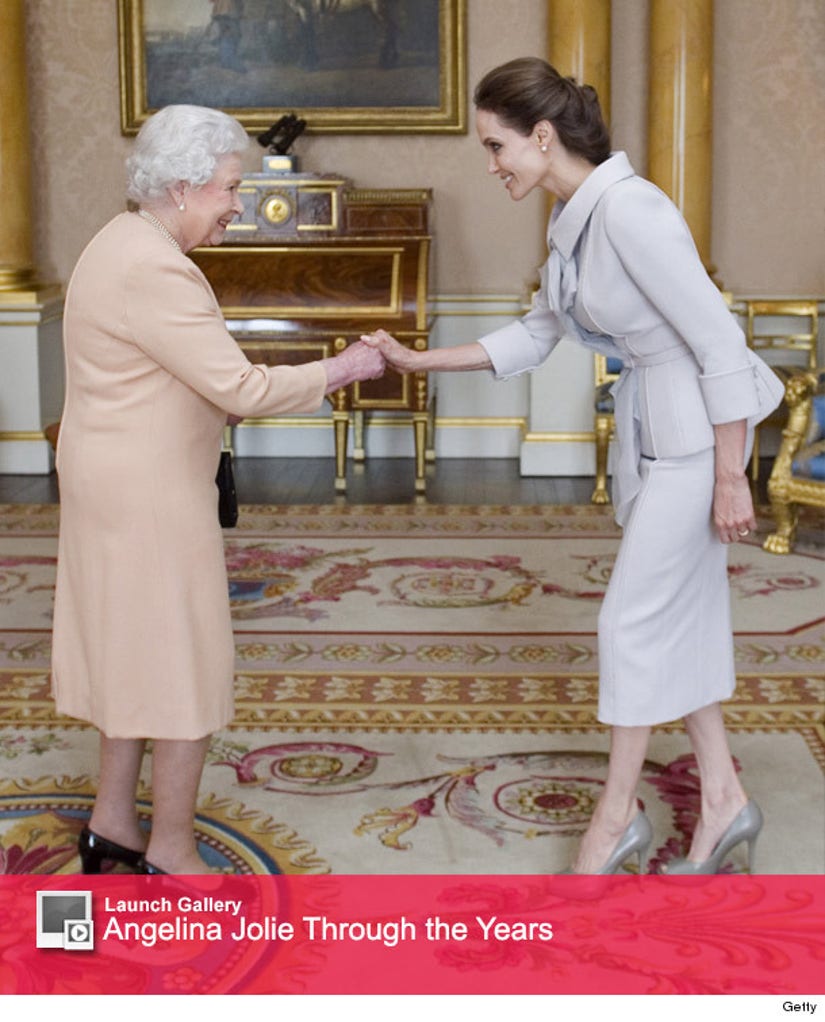 In her first official appearance since becoming Mrs. Brad Pitt, the actress was made an honorary dame by Queen Elizabeth II for her work to fight sexual violence and for services to U.K. foreign policy.

The Queen personally presented Jolie with the Insignia of an Honorary Dame Grand Cross of the Most Distinguished Order of St Michael and St George on Friday in London.

The humanitarian was reportedly joined by her new hubby and their six children at the event, though Jolie was the only one who posed for official photos.

"To receive an honor related to foreign policy means a great deal to me, as it is what I wish to dedicate my working life to," Jolie said of her damehood. "Working on the Preventing Sexual Violence Initiative and with survivors of rape is an honor in itself. I know that succeeding in our goals will take a lifetime, and I am dedicated to it for all of mine." 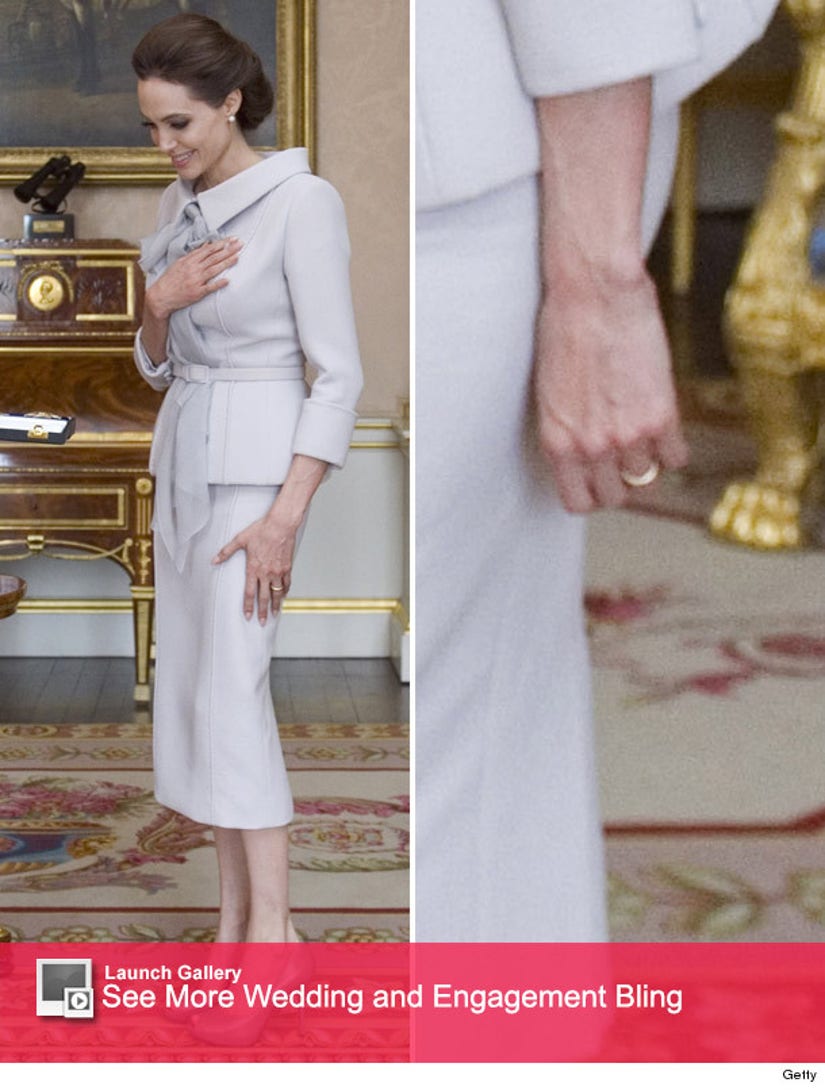 It has been quite a year for Angie!

This high honor comes on the heels of her August wedding, where she and Pitt said "I Do" in a private ceremony in Chateau Miraval, France.

Jolie walked the aisle with her eldest sons Maddox, 13, and Pax, 11. Zahara, 9, and Vivienne, 6, threw flower petals while Shiloh, 8, and Knox, 6, served as ring bearers.

Click here to see the stunning wedding pics -- and her unusual dress!

What do you think of her new title? Sound off below.