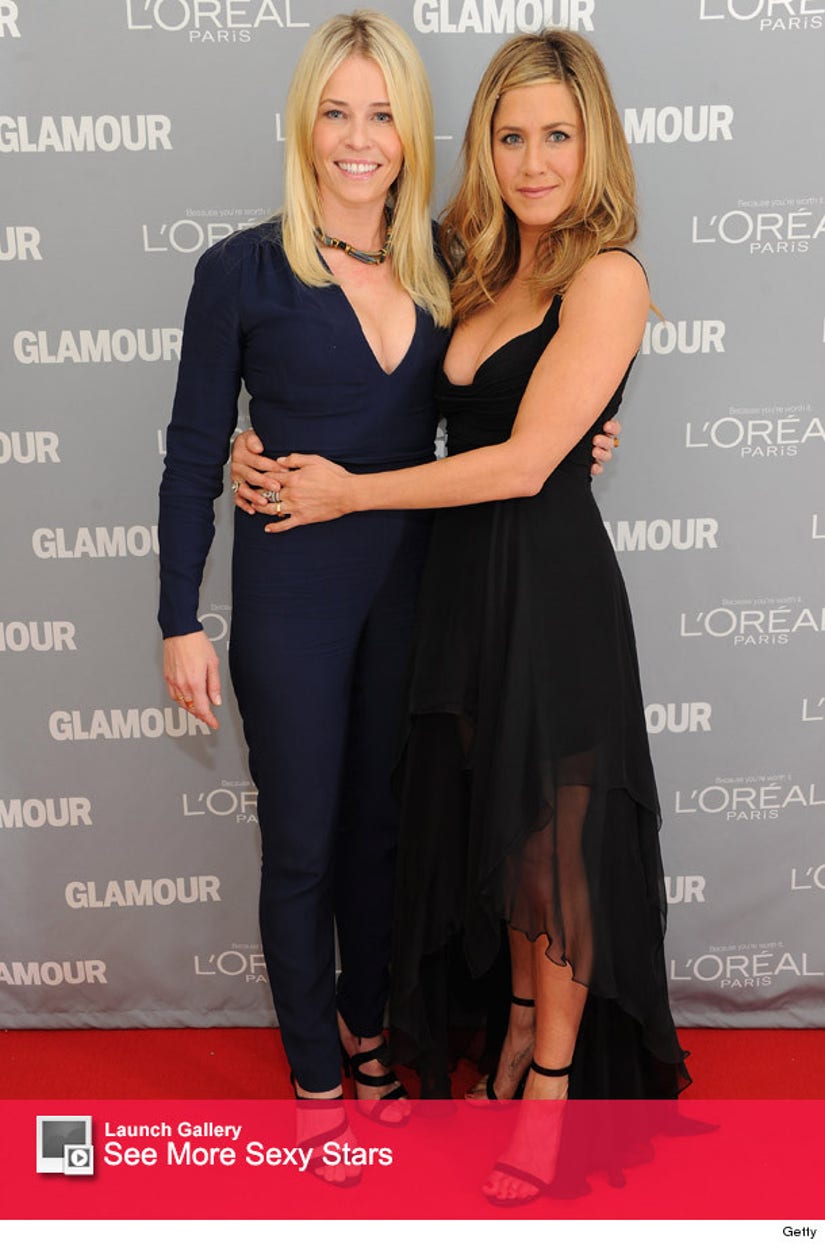 Chelsea Handler is coming clean about what it's really like to be friends with Jennifer Aniston!

In an interview with HuffPost Live on Thursday, the comedienne admitted that her friendship with the "Friends" alum can be a real burden.

"Everywhere I go, people ask me about Jennifer Aniston's wedding," she explained. "And I tell her, 'Being friends with you is a burden. You think it's hard to be friends with me? Do you know what it's like to walk down a red carpet and [reporters] go 'When are Jen and Justin [Theroux] getting married?' like I'm in charge of that," she said with a laugh.

All jokes aside, the former "Chelsea Lately" host knows her limits when it comes to her famous friends.

"My friends who are really private, whether they're famous or not, I won't talk about them," she declared. "I do more than a lot of them are comfortable with, but I always joke around."

"I wouldn't screw you over, I just wouldn't do that," she added.

We all know that Handler doesn't hold back, and she recently revealed which guests she hated to interview on her E! show.

"I had reality stars on all the time, and I hate reality television," she said during a SiriusXM "Town Hall" with Dave Grohl on Monday.

When the rocker pressed her for names, she admitted that she can't stand Tila Tequila.

Check out of the clip above to hear more about her final "Chelsea Lately" show, which she called an "amazing disaster."