Looks like the Hiltons and the Kardashians have put the past behind them.

Khloe Kardashian was photographed alongside both Nicky and Paris Hilton in Dubai over the weekend, where they were both attending the "Hollywood Meets Bollywood" event at Cle Dubai on Friday night.

All three women looked gorgeous for their night out, with the Hiltons sporting long flowy gowns as Khloe stepped out in a black mini with a keyhole cutout.

Is Khloe Stuffing That Booty ... Because THIS Is Insane

While Paris and Khloe's sister Kim Kardashian used to be BFFs, the two grew apart as Kim got more famous. Hilton went on to publicly slam the reality star's famous booty, saying it looked like "cottage cheese inside a trash bag" during a radio interview.

But, from the looks of it, they've kissed and made up. Not only did the Hiltons and Khloe pose for photos together, but they were also seen chatting away during dinner.

Of course Kim buried the hatchet with back in August, when she partied alongside Hilton at a birthday bash for Givenchy artistic director Riccardo Tisci in Ibiza.

"Reminiscing about the 1st time we went to Ibiza in 2006! @parishilton it was so good to see you & catch up!! Loves it lol," she wrote along the the photo, showing the two sitting side by side inside the bash. 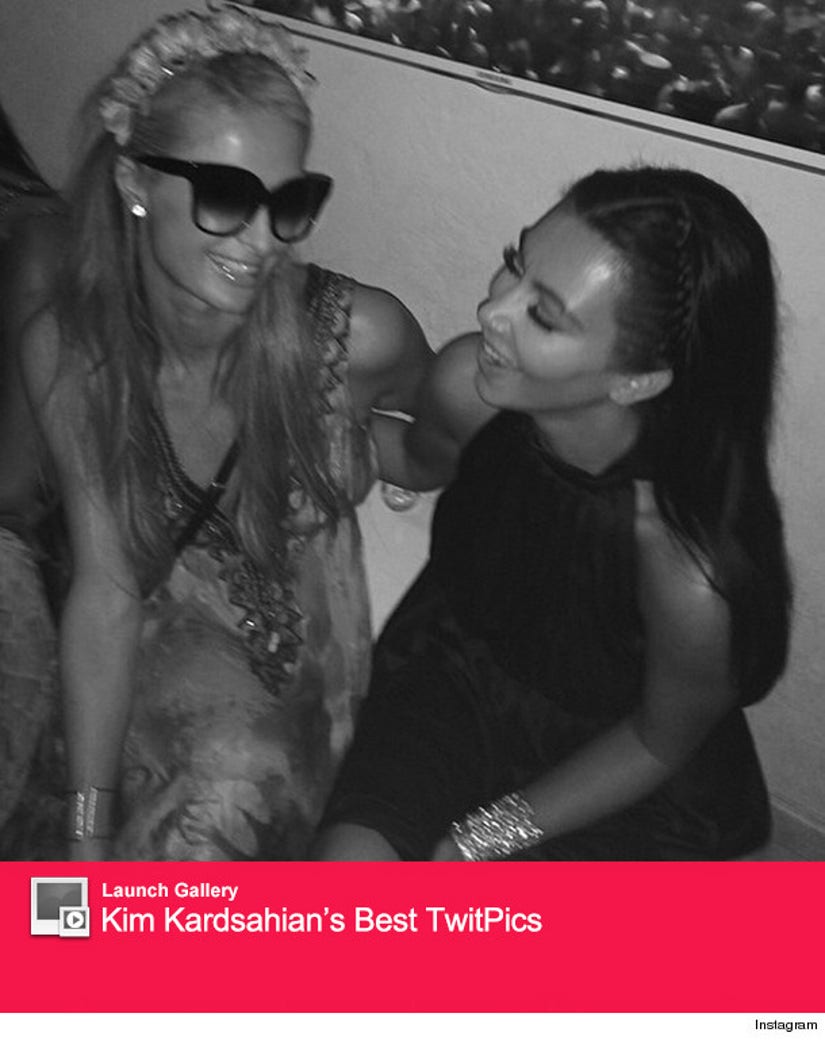