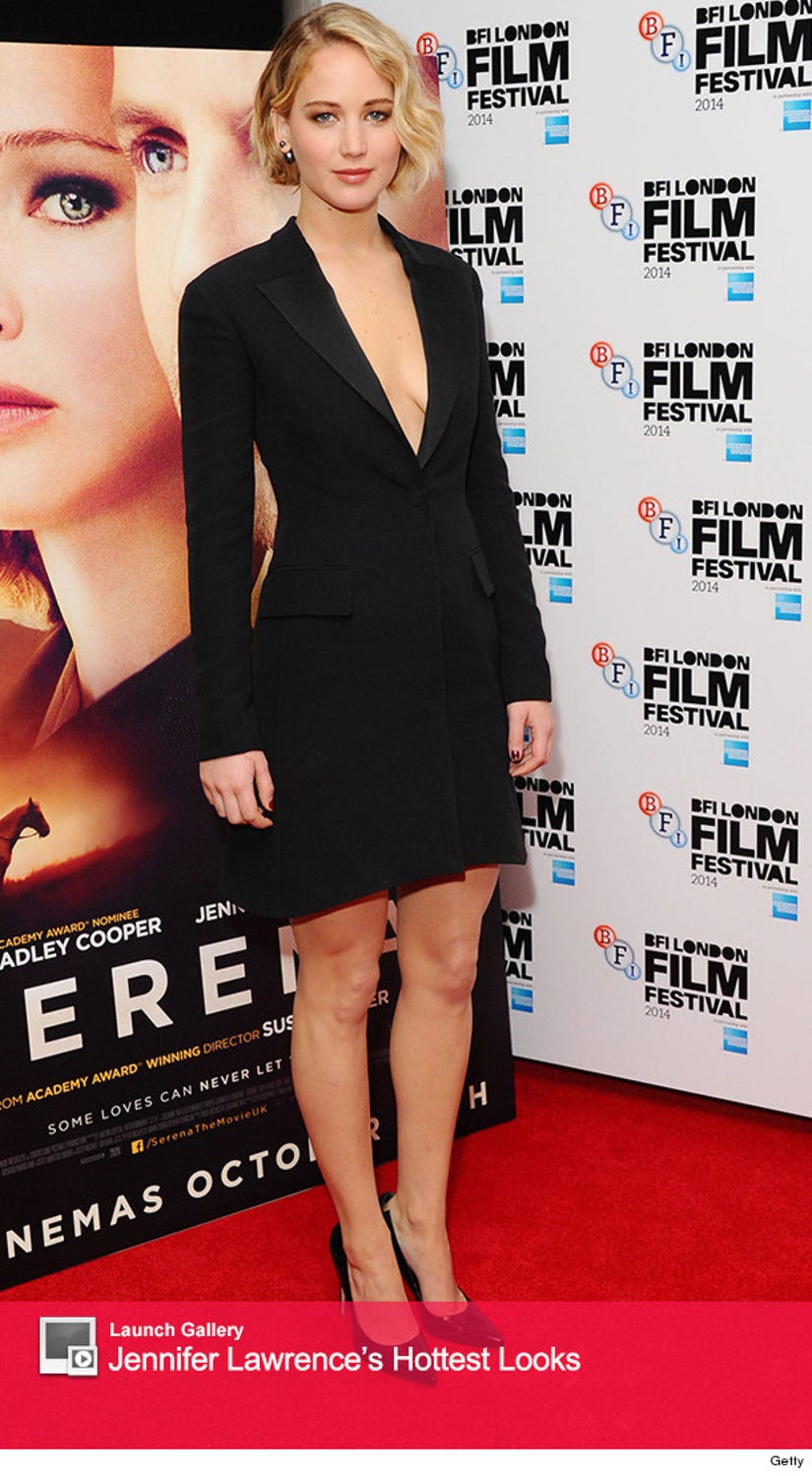 Jennifer Lawrence is showing some skin -- but this time, it's on her own terms!

The actress made her triumphant return to the red carpet on Monday, her first appearance in public since her nude photo leak last month.

Sporting a black Dior blazer dress, black heels, burgundy nail polish and some neutral makeup, the 24-year-old looked amazing at the premiere of "Serena" in London today. J-Law, who is also the face of Dior, showed off some cleavage and her long legs in the fashion house's sexy ensemble.

How amazing does she look?!

Jennifer's appearance comes on the heels of a very candid interview with Vanity Fair, where she opened up about the invasion of privacy that rocked her world (and the worlds of several other celebs) in September.

She reveals the photos were for her then-boyfriend, Nicholas Hoult, though she doesn't mention him by name.

"It is not a scandal. It is a sex crime,” she adds. "It is a sexual violation. It's disgusting. The law needs to be changed, and we need to change.

We're glad to have you back on the red carpet, Jen -- keep killing it out there!