Portia de Rossi stops by "The Ellen DeGeneres Show" on Tuesday, where the couple clears up rumors that they're having a baby … or do they?

"One of the main things that everybody's asking me about and asking you about, and I thought I would let you clear it up, is, if we're having a baby or not," the talk show host says.

"It would be so fun for everybody if we were, wouldn't it?" de Rossi replies. "No… we're not…"

"But we're not having a baby, or are we?" Ellen teases. Check out the clip above to hear the pair's final answer!

DeGeneres also sits down with the actress to get some answers to a series of "hard-hitting" interview questions, including why de Rossi leaves her socks on the end of the bed, who's going to die next on "Scandal" and who should get the last word in an interview.

Watch the hilarious clip above! 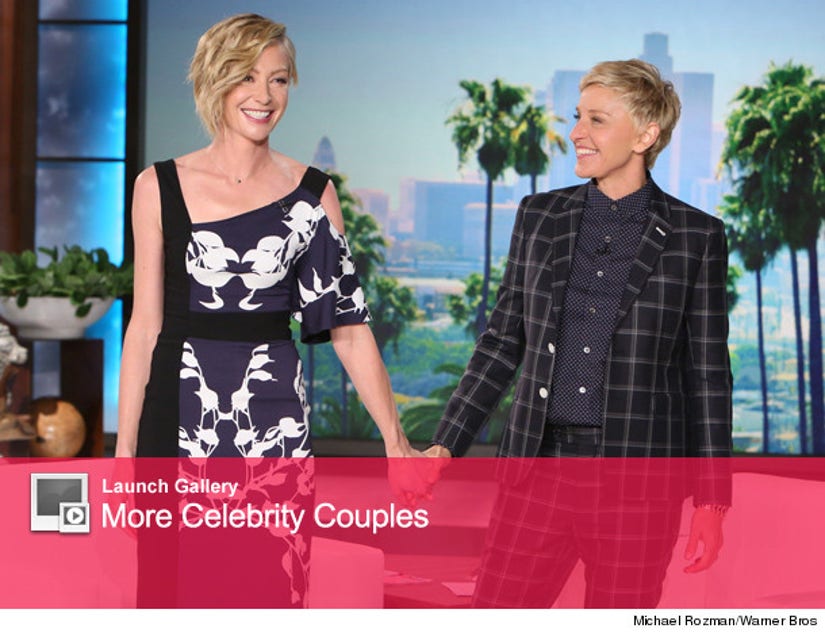 After the interview, the "Scandal" star jumps in the dunk tank (in her dress!) for a charity challenge.

"All month long, we've been partnering with Ulta Beauty to raise awareness for breast cancer research," DeGeneres explains. "For every person that gets dunked, they will donate $10,000. Today that person is going to be my lovely wife Portia de Rossi."

Ellen then begins tossing balls at a target until Portia gets soaked -- check it out below!