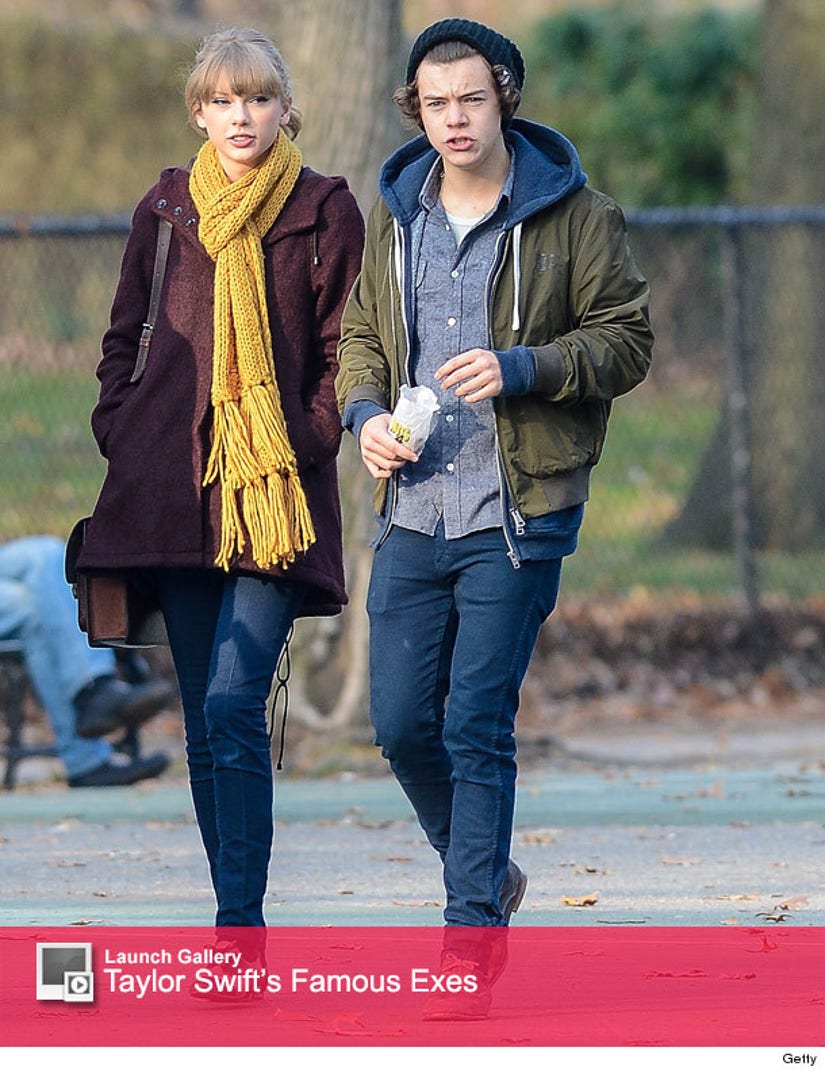 The blonde beauty dropped her second single from her "1989" pop album, "Out of the Woods" at midnight on Tuesday -- and she's sharing an intimate story about one of her exes.

Check out Taylor's "Out of the Woods" below, via Just Jared:

So who "isn't in the clear" with Swift? The 24-year-old's fans think the new track is about none other than One Direction's Harry Styles.

In the song Taylor sings, "Looking at it now/ Last December, we were built to fall apart/ Then fall back together."

The "Shake it Off" songstress was linked to the pop star back in November 2012 and the two were spotted holding hands while on a date in New York's Central Park in December the following year.

Taylor also has a few lines about wearing his necklace, throwing dance parties and even ending up in the hospital after a bad snowmobile wreck.

"Remember when you hit the brakes too soon/Twenty stitches in a hospital room," she sings.

While the "Red" sing is infamous for never naming her exes in her songs, we think "Out of the Woods" is definitely about Styles.

What do you think about Taylor's new track? Sound off below and check out the gallery to see even more of Swift's famous ex-boyfriends!