However, during an appearance on "The Tonight Show" Monday, the "Birdman" star finally opened up about his one-year-old baby with wife Quinn Lundberg and revealed their little one is a baby boy!

"We just call it 'it' right now," he told Jimmy Fallon, keeping the name private. "No we haven't named it yet. It has a number right now."

Fallon continued to play along before the "Hangover" star started to open up. "We have a boy!" he said, adding sweetly, "I think fatherhood is just the greatest thing, it really really is."

The 45-year-old funnyman -- who made headlines this week for his dramatic weight loss -- also told a hilarious story about bathing his son.

"I realized when we were bathing once, that his testicles fit perfectly in my belly button," he joked. "I'm not a particularly religious person," he said, "but when I saw that, I was like,'Oh, there's a God.' It all makes sense now. It''s by design."

Check out the clip above to hear the full story, and find out Zack's advice to Fallon about raising children! 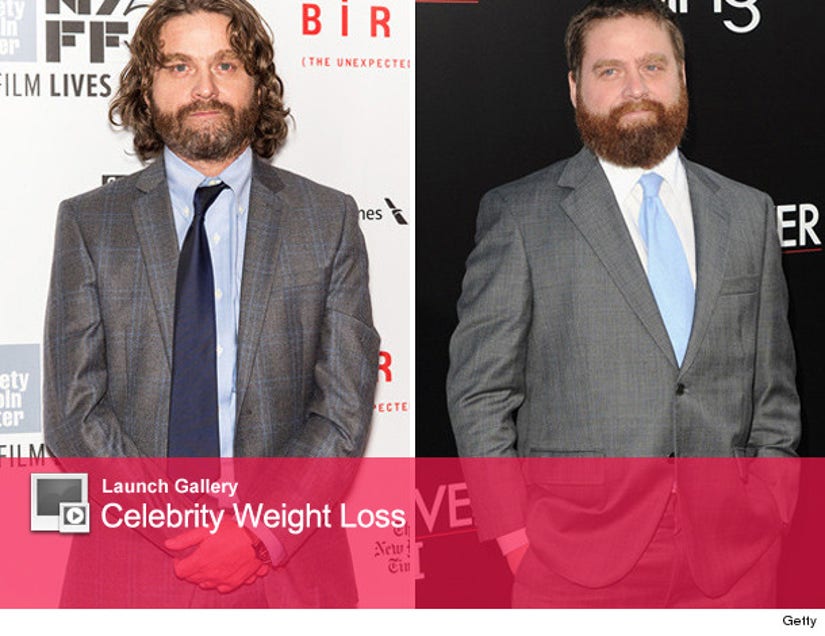