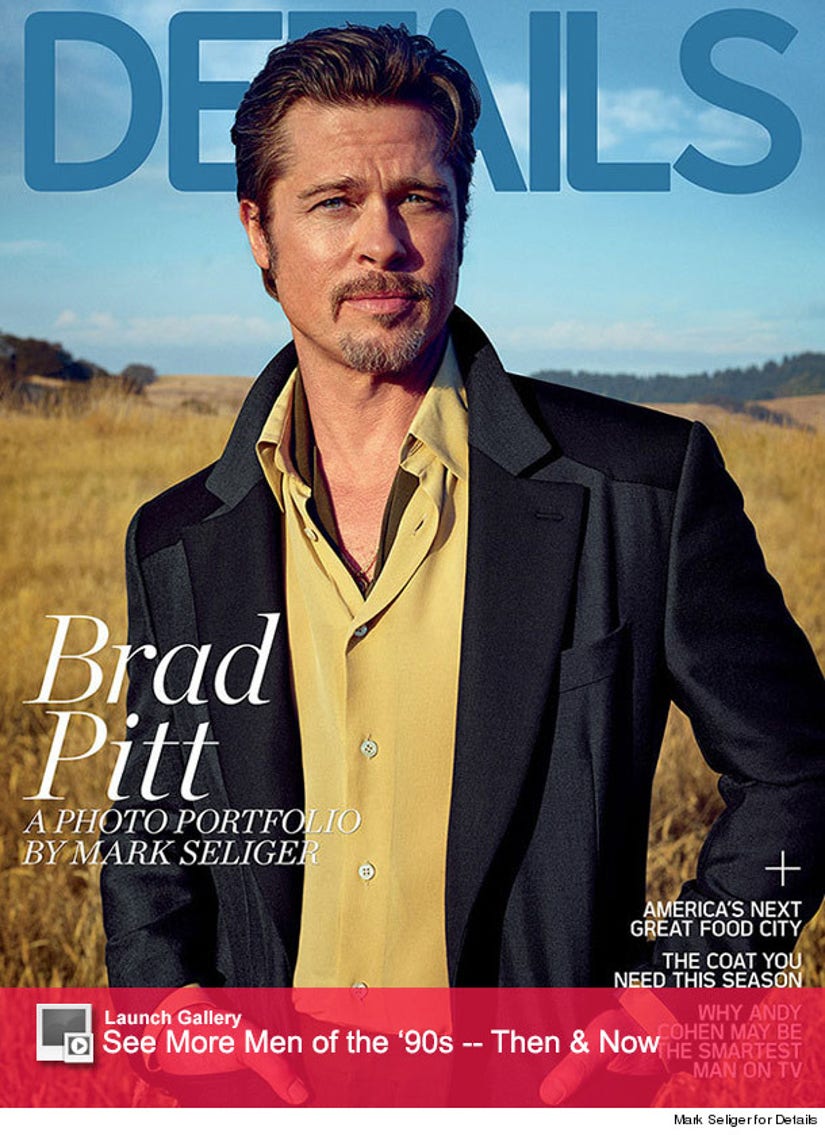 Brad Pitt is a doting dad -- and he knows it!

The "Fury" star covers the November issue of Details, where he reveals how he ranks himself as a parent to his six kids with wife Angelina Jolie.

"I've discovered I don't suck at being a dad," he tells the mag of Maddox, Pax, Zahara, Shiloh, Vivienne and Knox.

The 50-year-old movie veteran is used to his family life playing out in the public eye, too. "My soul was stolen by the camera so long ago, I don't have to think about it anymore," he says, adding, "One definition of freedom is the ability to follow your bliss without being watched, recorded, scrutinized." 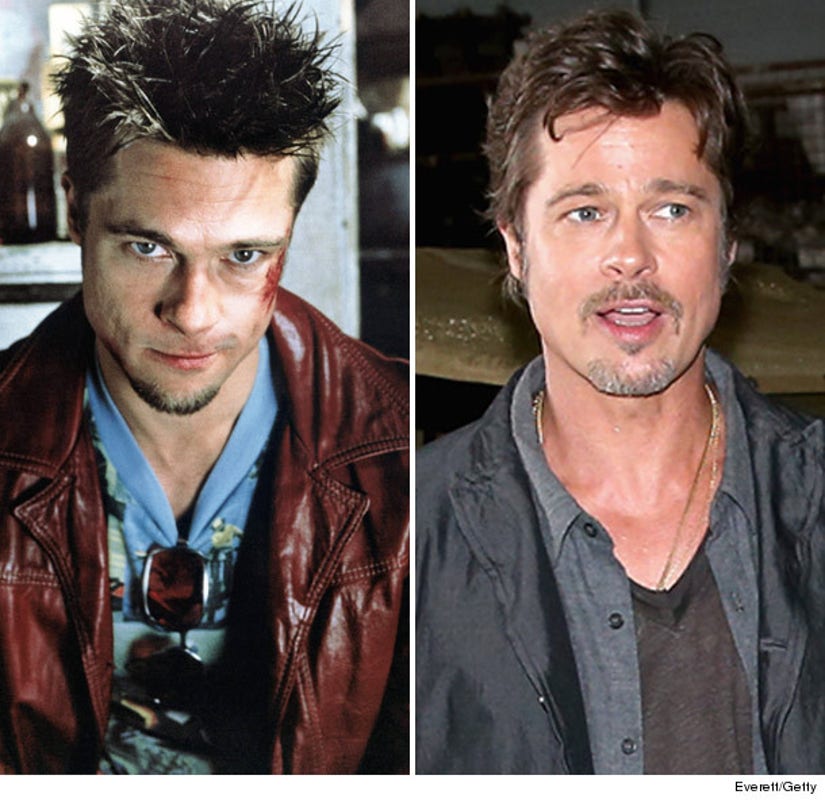 It's been 15 years since Pitt commanded the screen in "Fight Club" (above left), and he's continued his reign as one of Hollywood's best leading men in films like "Inglorious Basterds" and "Moneyball." However, the actors admits he "will always be most comfortable in the outdoors."

"I grew up in the Ozarks -- something resembling Mark Twain country," he explains. "The woods, rivers, bluffs, lakes, and caves have all left an indelible mark on me. And I'm quite reverential when it comes to a tree. On my forearm, I had tattooed 94.9m (311.4ft) -- the height of the largest sequoia."

His love of the outdoors has fueled his passion for motorcycles. "I try to carve out time for a solo ride in every country I travel to, from the Highlands of Scotland to the Atlas Mountains of Morocco to the belly of India. I haven't even come close to fulfilling my list — yet," he reveals. "But, in the traffic of L.A. with a helmet on, I'm just another a**hole on the road."