We know Emma Stone can lip sync like a champ, but is she a good liar!?

The actress attempted to outwit Jimmy Fallon in a his mystery-box guessing game, "Box of Lies," during an appearance on "The Tonight Show" on Tuesday.

Despite admitting that she's a "terrible liar," the "Birdman" star did her best to trick the late night host.

The items in her box: A DVD of "Frozen," frozen in a block of ice.

"You know how in a deck of cards there are like three or four instruction cards that you always have to throw out before you play a game? It's like a sculpture stack of those cards in the shape of...I guess it could only be like a salamander? Or like a gecko, I guess?" Stone said.

But she couldn't fool Fallon.

Jimmy then picked a box containing a mannequin arm wearing a wristwatch. "It's a plate with a tiny squirrel surfing—not on a wave, he's surfing on a piece of lettuce," he explained.

"You're telling the truth," she guessed.

The host's reaction was priceless -- watch the clip to see his happy dance! 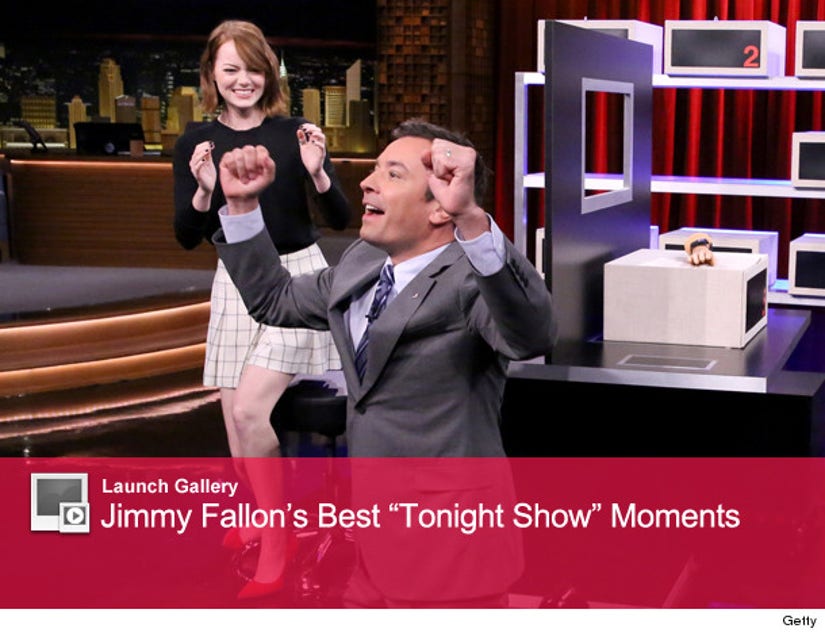