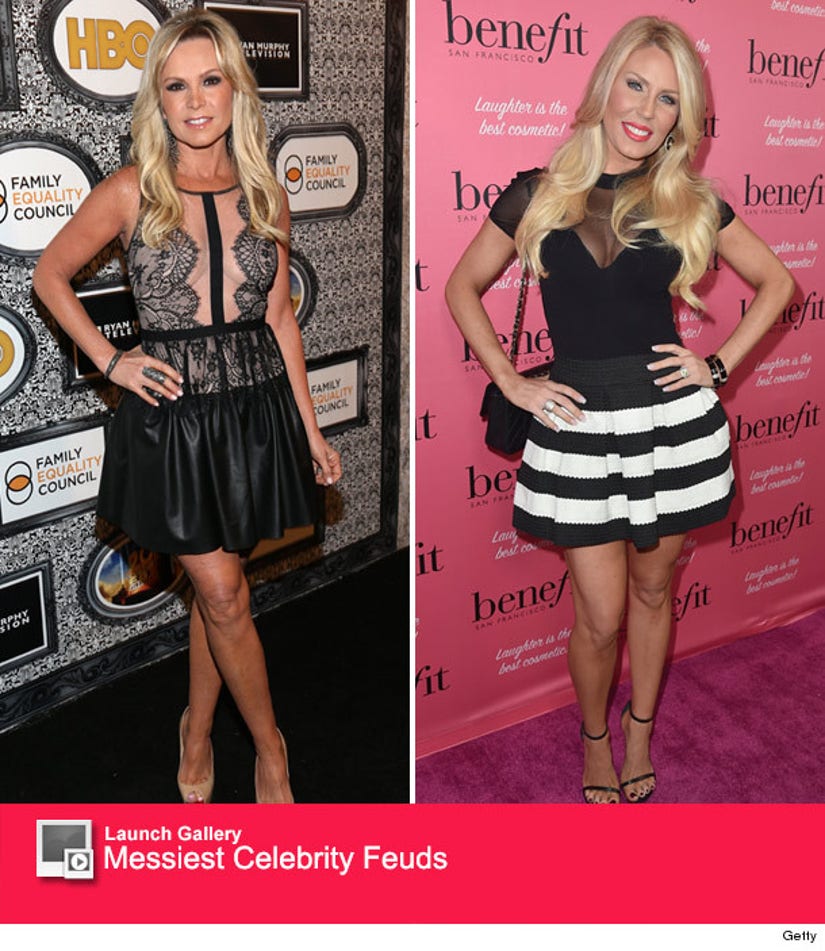 She might be off the "Real Housewives of Orange County" but Gretchen Rossi still can't avoid the housewife drama.

Rossi, who appeared on "Watch What Happens Live" Tuesday, threw some major shade at former friend and costar Tamra Barney.

Andy Cohen showed the former housewife and her fiancé Slade Smiley a clip of Barney talking smack on the bubbly blonde -- and Gretchen didn't hold anything back with her response!

"Tamra Barney has lost all credibility with everybody, including the viewers. She's the biggest lying, manipulating, conniving, narcissistic sociopath," she ranted. "And I say she's a sociopath because sociopaths don't even realize that they do any wrong. All they do is blame everyone else for their mistakes, and that's all she continues to do. And the viewers saw it this last season."

Tell us how you really feel Gretchen!

Following the WWHL episode, Tamra posted a quote on Instagram that read, "Holding a grudge is letting someone live rent-free in your head." Hmm think that was a response to Gretchen's shade throwing?

The two famously ended their long time feud and became friends during season 7, only to have a falling out at the end of season 8. Safe to say that Gretchen and Tamra won't be making up again anytime soon!

Watch the clip to see more from Andy's interview with Gretchen!