Phaedra Parks is finally speaking out about her divorce from Apollo Nida!

The "Real Housewives of Atlanta" star stops by "The Ellen DeGeneres Show" on Wednesday, where she's opening up about her split from Apollo, his fraud charges and the cheating allegations!

See a sneak peek of what Parks has to say about Nida above!

It sounds like Phaedra was blindsided by Apollo's legal problems, but with her busy schedule we can understand how Nida's criminal activity possibly went unnoticed.

So did Parks have any idea? "I really didn't, I mean, I just got my fifth college degree. So I'm pretty much an overachiever," she tells Ellen. "I have two very small children. I just stopped breast-feeding three months ago. So I didn't have any idea this was going on until he called me and he said I've been arrested and I'm having this problem, but it's not true."

The reality star also addresses rumors that she's been cheating on Apollo, and Phaedra says the allegations are simply untrue.

"I think it's totally absurd to think that I cheated," she explains. "They're saying that I had an affair with a man from Africa named chocolate. Now, everybody knows that I do like a snicker bar every once in a while, but it's definitely not a man from Africa that I've ever had an affair with. It's just absurd. I think sometimes when people are hurting they do things to hurt over people. There's been a lot of lashing out from Apollo because I think he's in a place, a very angry place, and I think you hurt the people closest to you sometimes."

Make sure to check out the video above to see what else the attorney had to say about dating a parolee and raising her two children now that Apollo's locked up!

What do you think about Parks' candid confessions? Tell toofab in the comment section below! 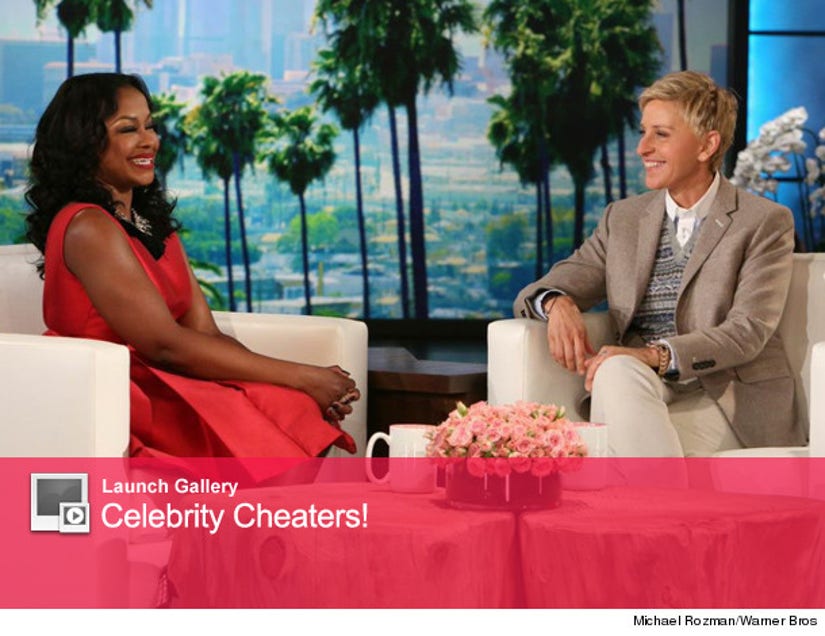