Chelsea Handler is proud of her naked body!

During the series finale of "Chelsea Lately," the comedienne stripped down to her birthday suit for a hilarious skit with fully-clothed Ellen DeGeneres.

The funny pair reminisces about their nude shower scene on Thursday's episode of "The Ellen DeGeneres Show."

"The last time I saw you, you were -- well you were naked," DeGeneres says, which prompts Chelsea to give the audience the "real" story.

Ellen denies that right away, even after Chelsea says she signed a contract. "Oh, I'd love to see it," the talk show host replies.

Check out the clip above to see why the "Chelsea Lately" host started jumping up in down -- on the show and in the shower! 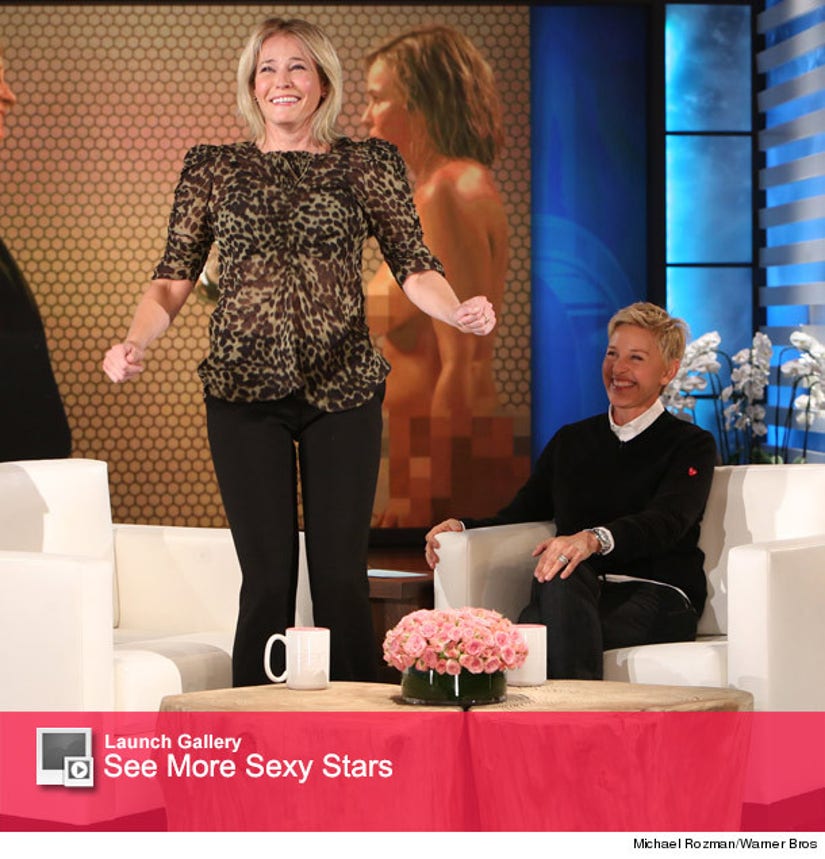 Handler also reveals why she loves to be in the buff.

"I like to be naked because I don't take my body seriously," Chelsea admits. "People do, and that's nice for them, but I think bodies are so silly."

Chelsea continues to explain that, in a business that's so vain, she likes to flaunt her best assets -- her breasts.

"I like to take them out whenever I can, and be like, 'Hey look! Pretend this is my whole face!'" Chelsea says, laughing.

Watch the video below to find out why Handler likes to secretly flash her chest when she takes pictures with!