Suzanne Somers is sexy at 68!

The former "Three's Company" star appears on "The Meredith Vieira Show" on Thursday, where she spills details about her recent bikini photo shoot in The National Enquirer.

"I went to the beach with my husband and I held my stomach in all afternoon and just prayed they didn't get any bad angles. I was really happy with it," she explains. "The reason I wanted to do it -- there's the message I put out in all my books, there is a new way to age and it's not about drugs, it's not about surgery."

The blonde beauty recently admitted that that she stays healthy by having sex twice a day with her husband Alan Hamel. The lovebirds have been married since 1977 and aren't showing any signs of slowing down! 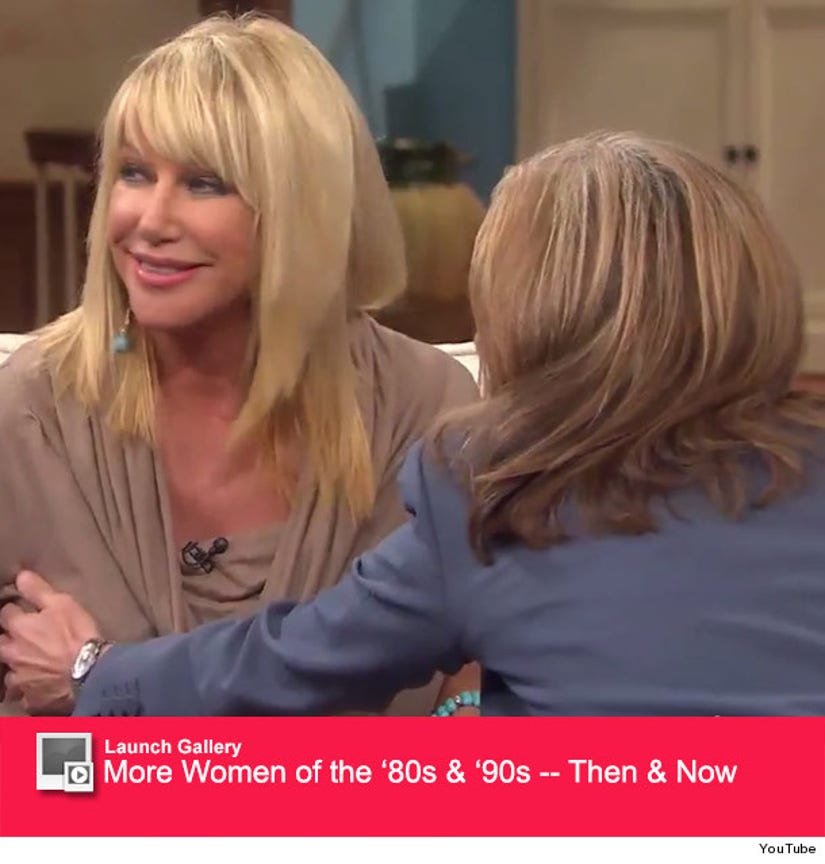 During the interview, Suzanne also reveals that she used her own stem cells to rebuild her right breast after a bout with breast cancer. "I lost two thirds of that breast to surgery. Three years ago, I was the first person in the United States to legally regrow my own breasts using my own stem cells," she tells the talk show host.

Meredith is so taken by her breasts that she even cops a feel! Check out the clip above to see her grope her guest.

To see the full interview, visit www.MeredithVieiraShow.com to find out when and where it airs in your city.