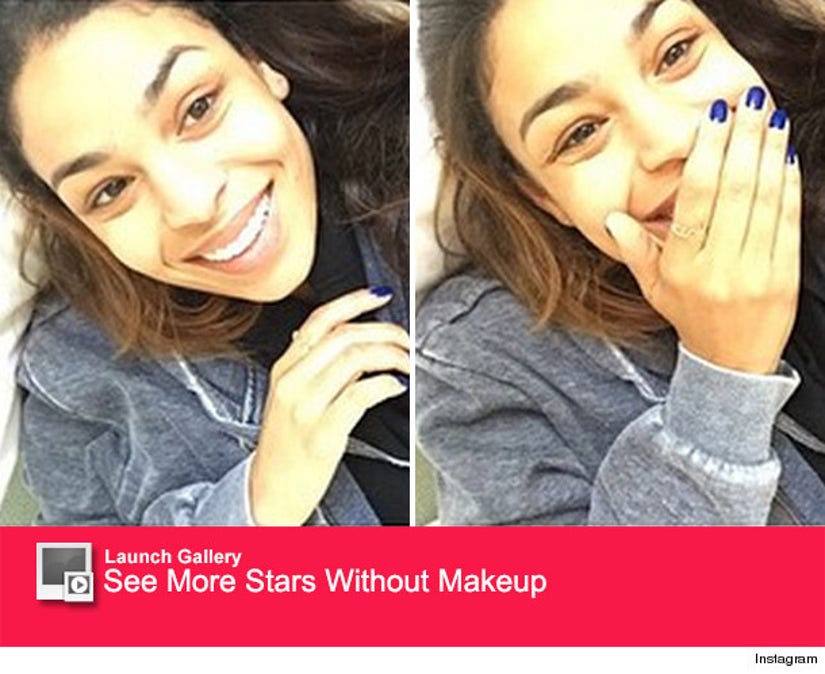 Jordin Sparks isn't letting her post break-up drama get her down!

The songstress took to Instagram on Wednesday to treat her followers to a series of gorgeous makeup-free selfies.

"It's a great day! I couldn't pick just one ... #freshfaced," she captioned the cute candids.

The "American Idol" champ, who recently split from boyfriend Jason Derulo, is opening up about having a crush on another hot leading man ... Brad Pitt!

During an upcoming appearance on "The Meredith Vieira Show," the newly-single star gushes about the "Fury" actor.

"I can't even look at his picture. He's just too much," she reveals. "I feel like he's staring into my soul. I can't even focus. He's so handsome."

"I think he would be very nice if I met him but I don't think I'd be able to speak, so I don't know how that would go," she continues. "When I was 14 or 15 I was so obsessed, I had wrist bands that said Mrs. Pitt on them. I had a purse that also said Mrs. Pitt, and I had every single one of his movies. I was really excited about seeing 'Troy' because I could see his butt in the movie."

Check out the clip above to see what she had to say about her celeb obsession, and click "Launch Gallery" to see more fresh-faced celebs.