Are you ready for some Sting-tones?!

Sting stopped by "The Tonight Show" on Thursday, where he took part in Jimmy Fallon's singing ringtone sketch, where he had to recreate the sounds of well-known ringtones.

The rocker worked his magic on the digital melodies -- and the late note host commented that Sting's version of one of the tones actually sounded like a Police song.

"It does sound like a Police song, my lawyers will be on it," Sting joked. "I could make a fortune."

"You could make all your money on Stingtones, that's the best," Fallon added. "I'll give you a cut, don't worry," the singer promised.

While we loved hearing his Sting-tones, the best part of the night was when the British crooner -- who is promoting his new musical, "The Last Ship" -- left an outgoing voicemail message for an audience member to the tune of "Message in a Bottle."

Check out the clip above to see him in action! 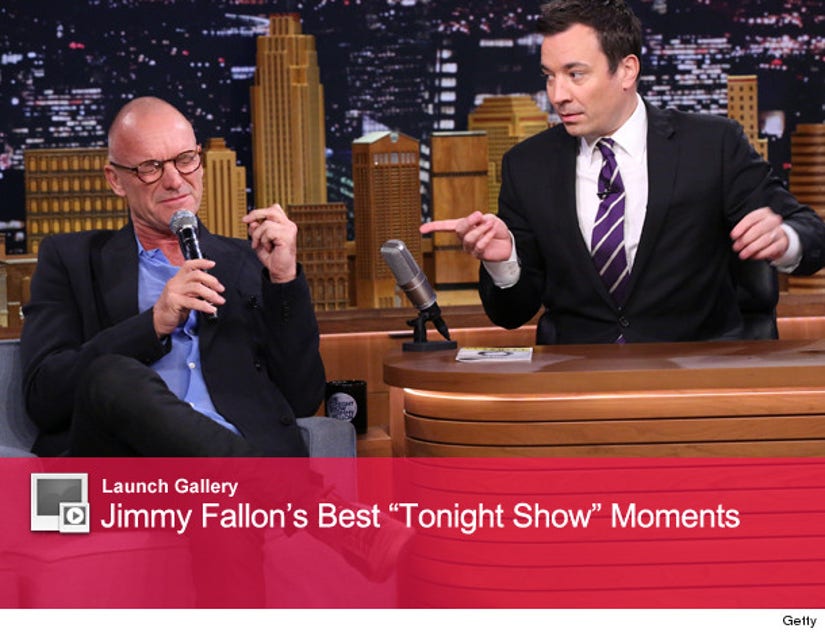