The actor stopped by "The Tonight Show" on Friday, where he took on host Jimmy Fallon in a game of "Egg Russian Routette."

The rules are simple: each player had to smash eggs against their head from a box of a dozen eggs, that contained eight cooked eggs and four raw eggs.

This is the first time the late night host has played the egg-tastic game on "The Tonight Show."

So, who ended up with egg on their face? Check out the video above to see these two in action! 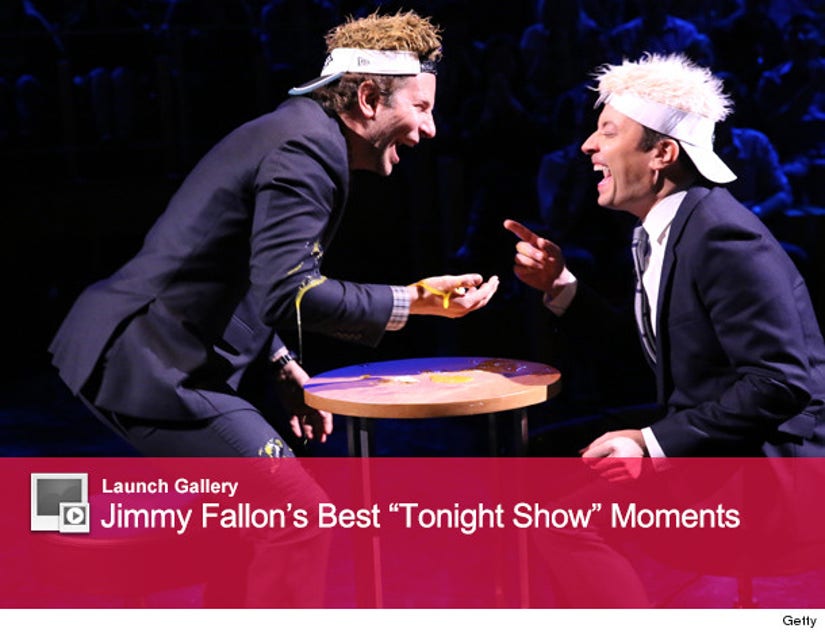