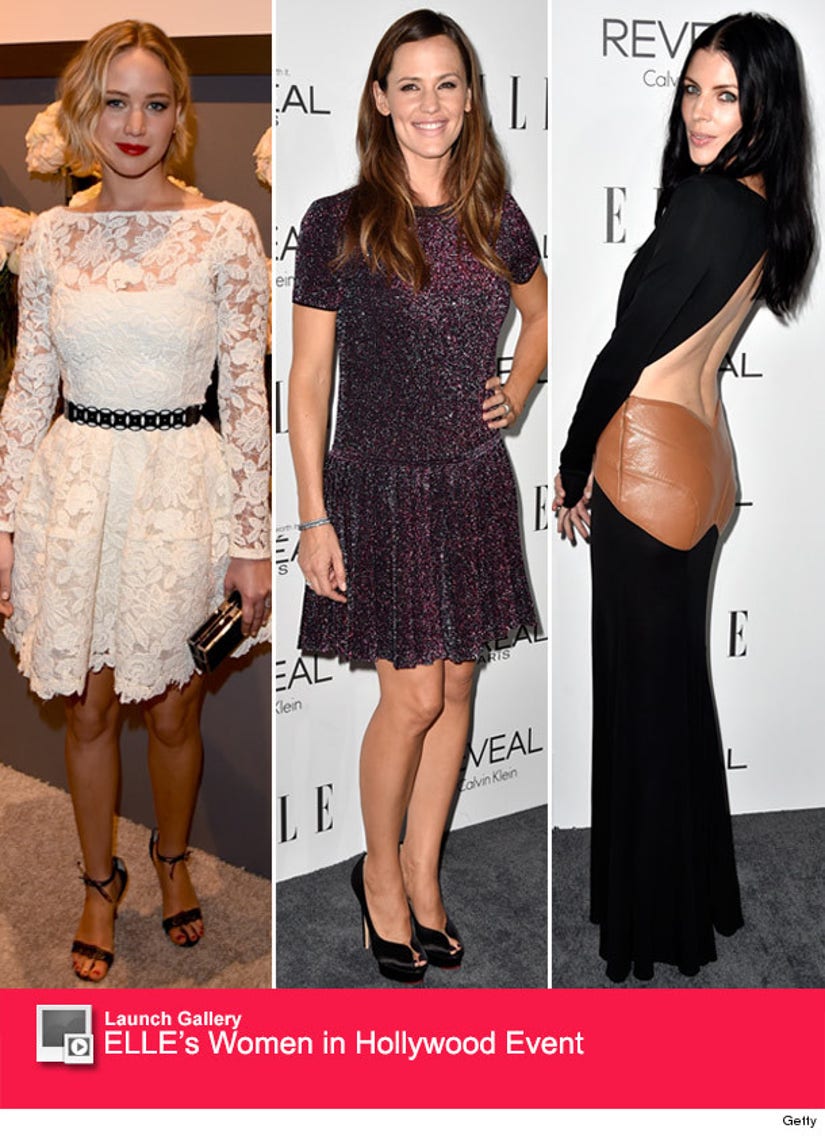 Jennifer Lawrence wowed in white as she took to the stage at the ELLE's Women in Hollywood Celebration on Monday to present an honorary award to her "Hunger Games" costar Elizabeth Banks.

The actress paid homage to the late Oscar de la Renta, who died yesterday at the age of 82, donning an A-line lace dress from the famed fashion designer's Spring 2014 collection. She added some edge with a black waist-cinching belt, Christian Louboutin "Valnina" laser-cut sandals and a Rodo clutch.

The event celebrated recognize women who have contributed to the world of film.

Garner looked radiant on the red carpet in a short-sleeved purple dress with a drop waist. Ben Affleck's other half paired her fun frock with David Yurman jewels, tousled waves and a nude lip.

Another star to turn heads at the star-studded event? Liberty Ross!

The actress sported a plunging black maxi dress with a brown leather cutout detail at the waist. The ensemble looked simple from the front but was definitely a show-stopper when she turned around. 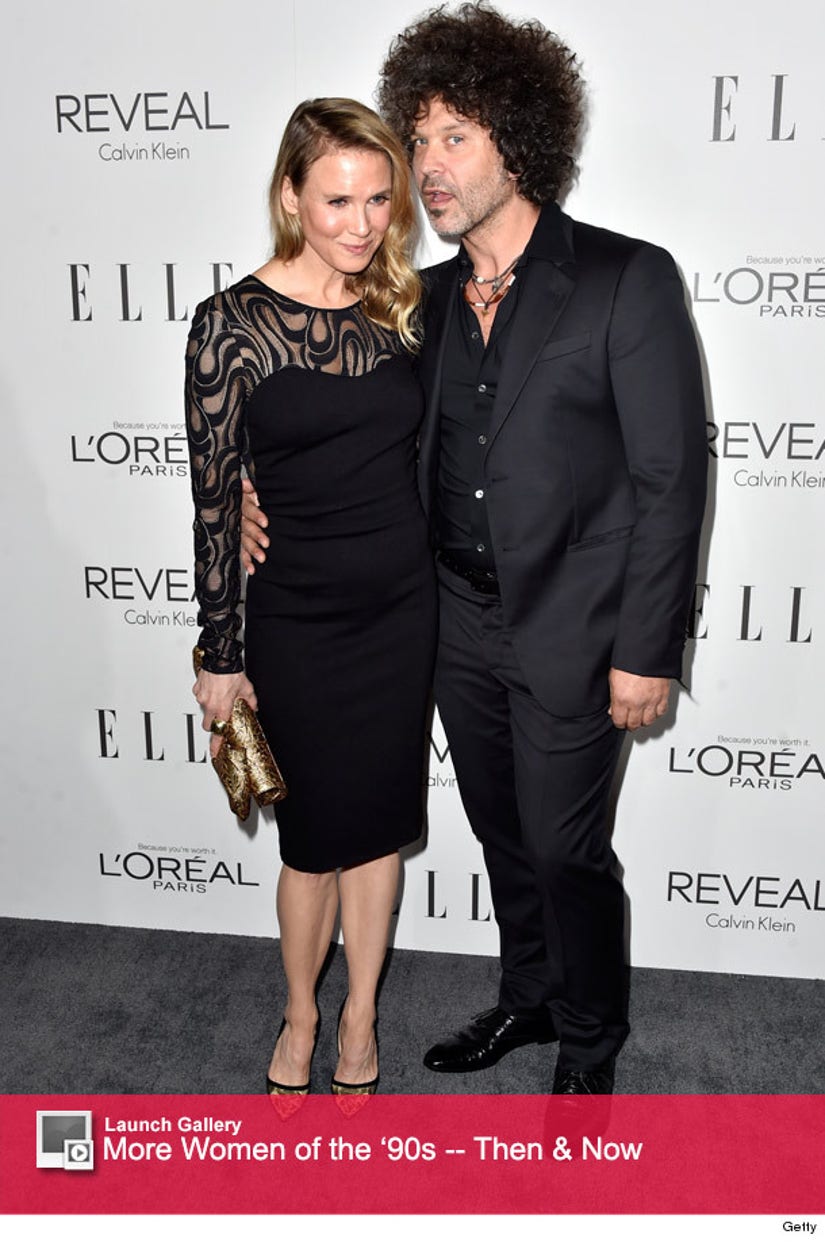 And then there's Renee Zellweger, who also created some buzz for making a rare public appearance last night with her 45-year-old musician boyfriend, Doyle Bramhall II. The two have been linked since at least February 2013, but this is the first carpet they've walked together since they started dating.

Dolye is a singer-songwriter who has worked with artists like Sheryl Crow, Eric Clapton and Elton John. Like Renee, he's also a Texas native.

The "Bridget Jones" star, also 45, showed off her slim silhouette in a fitted black dress with intricate sheer sleeves. She left her hair down and completed her look with natural eye makeup and a pretty pink lip.

Renee has gotten flack in the past for some rumored plastic surgery, but we think she looks amazing ... even if she doesn't look much like her former self.

Click "Launch Gallery" above to see all the stylish stars at ELLE's Women in Hollywood party.