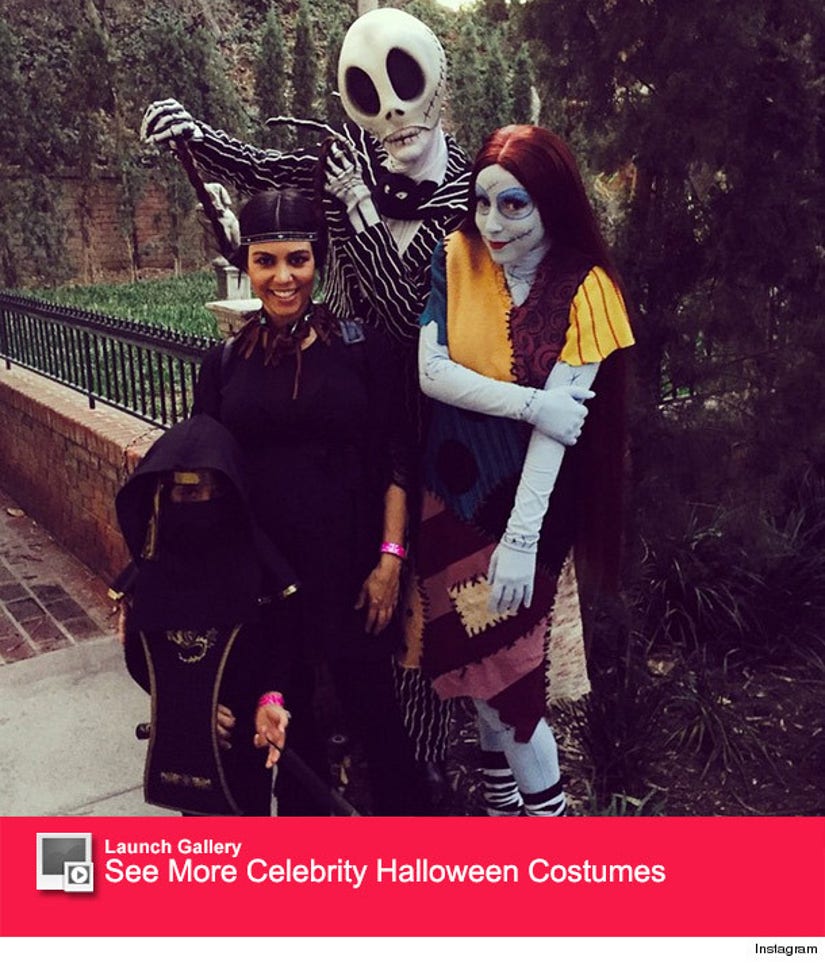 Kourtney Kardashian's clearly getting in the Halloween spirit!

The "Keeping Up with the Kardashians" star visited Disneyland with her son Mason this week.

The expecting star posed alongside two park characters who were sporting Jack Skellington and Sally costumes from "The Nightmare Before Christmas."

"Visiting with dear friends Jack and Sally outside by the pet cemetery. #hauntedMansion #disneyland," she captioned the cute Instagram candid.

It looks like Kourt was dressed up as Pocahontas, wearing her hair in two braids, a headband and a feather necklace, while little Mason went as a ninja.

Even though the 35-year-old's pregnant with her third child, we hope she steps up her costume game a little more for the 31st!

Kourt and Mason aren't the only ones dressing up early this year -- check out the gallery above to see more stars who have already showed us their costumes.