The "Modern Family" star had one awkward run-in with her ex-fiance while chatting with Extra's AJ Calloway at the Angel Ball in New York City on Monday.

Vergara stopped on the carpet to talk to Calloway when, to her surprise, she was greeted by Loeb. The whole exchange is pretty telling -- check out the video above!

Clearly, the brunette bombshell is over her ex -- Sofia sure gives one mean side eye!

The 42-year-old did seem in much better spirits while chatting about her now-boyfriend Joe Manganiello and his sexy role in "Magic Mike XXL," though.

When asked if she's visited Joe on the set and helped with some of his moves, Vergara couldn't help but smile.

"It was very interesting ... because they were rehearsing the dances," she told Calloway, with a big grin on her face.

The Colombian beauty also played coy when asked if she's helped Manganiello with any of his moves. "I'm not going to tell you that. Are you crazy?" she said with a laugh. "[But] maybe. Maybe. I'm a good choreographer."

And while the actress was definitely caught off guard when she saw Nick, Vergara just simply ignored him and carried on with her interview.

We think Sofia handled the whole situation like a champ -- what do you think about her ex-encounter? Sound off below and check out the gallery to see even more photos from the 2014 Angel Ball! 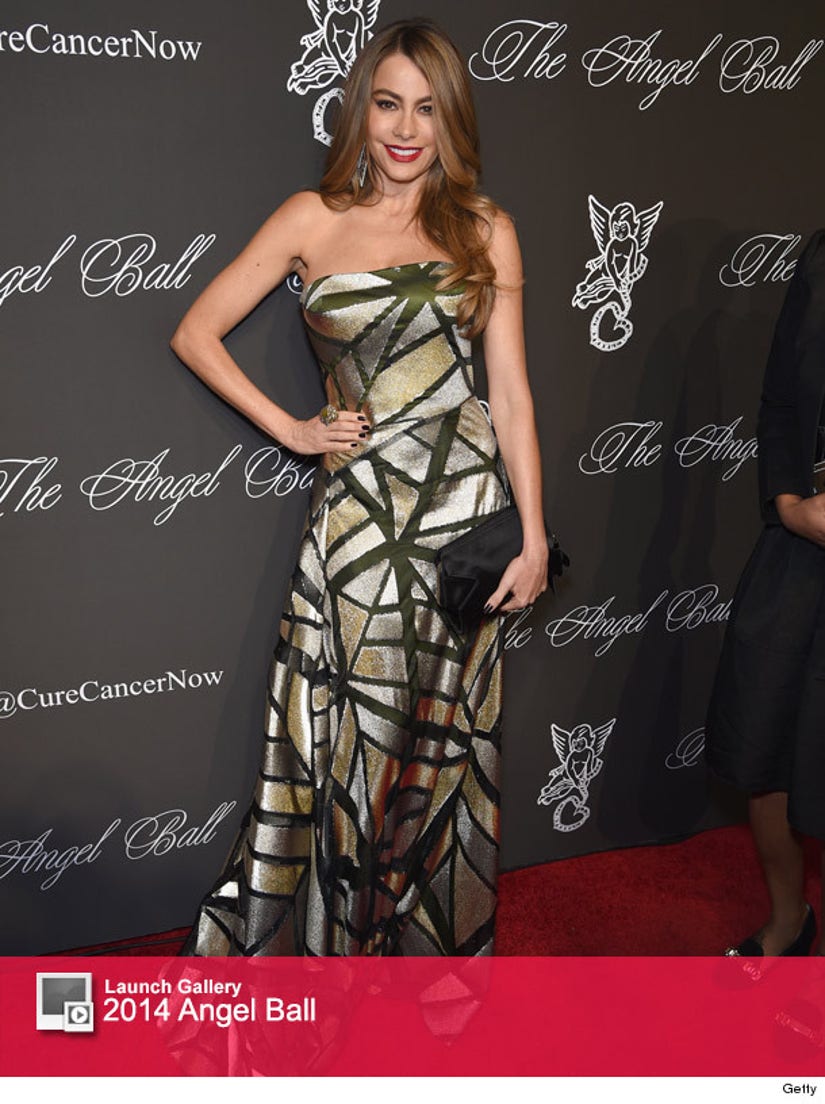