Taylor Swift's having some fun on the set of "The Voice"!

In a new sneak peek of the singing series, the "Shake It Off" singer spends some time with the contestants, jokes around with Blake Shelton and Adam Levine and shows off some of her signature dance moves.

Check out the promo clip above to see the blonde beauty's "Voice" appearance!

We love that Taylor's staying true to her quirky self on the NBC show -- and it looks like she has a pretty great relationship with all of the coaches.

There's even some hilarious banter between the "Out of the Woods" singer and the country crooner.

"How come when you refer to crazy girls you never throw yourself into that category?" Shelton asks Taylor in the clip. "I just feel like it's assumed and understood," Swift quips.

We can't wait to see Taylor's full appearance on "The Voice" on October 27! Are you excited to see the 24-year-old on the show? Sound off below and check out the gallery to see some of Taylor's most glam looks! 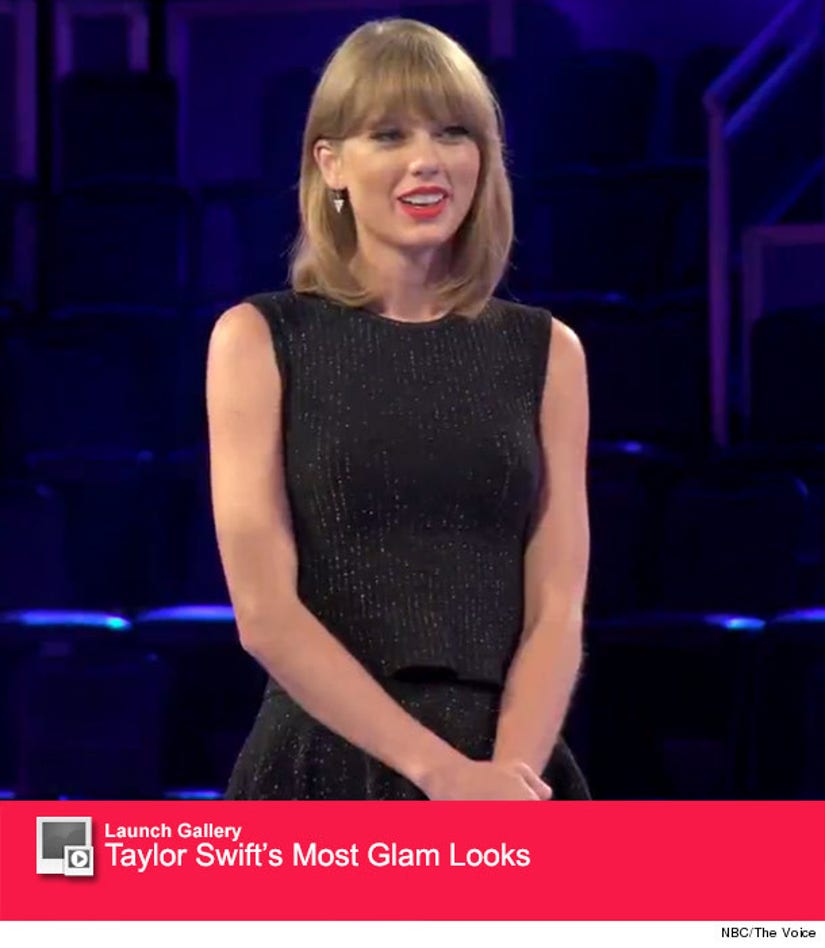