Before there was "Jersey Shore," these guys put the "G" in "GTL."

Debuting in 2004, "Growing Up Gotti" followed the life of Victoria Gotti -- the daughter of mafioso John Gotti -- and her sons Carmine, John and Frank. The boys became pop culture staples of the early '00s, introducing the world-at-large to the blowout five years before Pauly D would sport one on MTV.

But after three seasons on A&E, the show didn't return.

Well, 10 years later, the boys are back with their famous mama for a reunion special airing next month -- and toofab's got your exclusive first look at the trailer above!

"Growing Up Gotti: Ten Years Later" will check back in on the Long Island family, recapping some of the original series' most memorable moments and catching fans up on what they're all up to today.

John Agnello and brother Carmine appear in the teaser, along with Victoria, giving us a sneak peek at how much they've changed over the past decade. Both boys (thankfully) lost the blue contact lenses they used to wear, while John seems to be sporting some longer, slicked back hair.

The reunion special will air November 10 at 9pm on A&E. 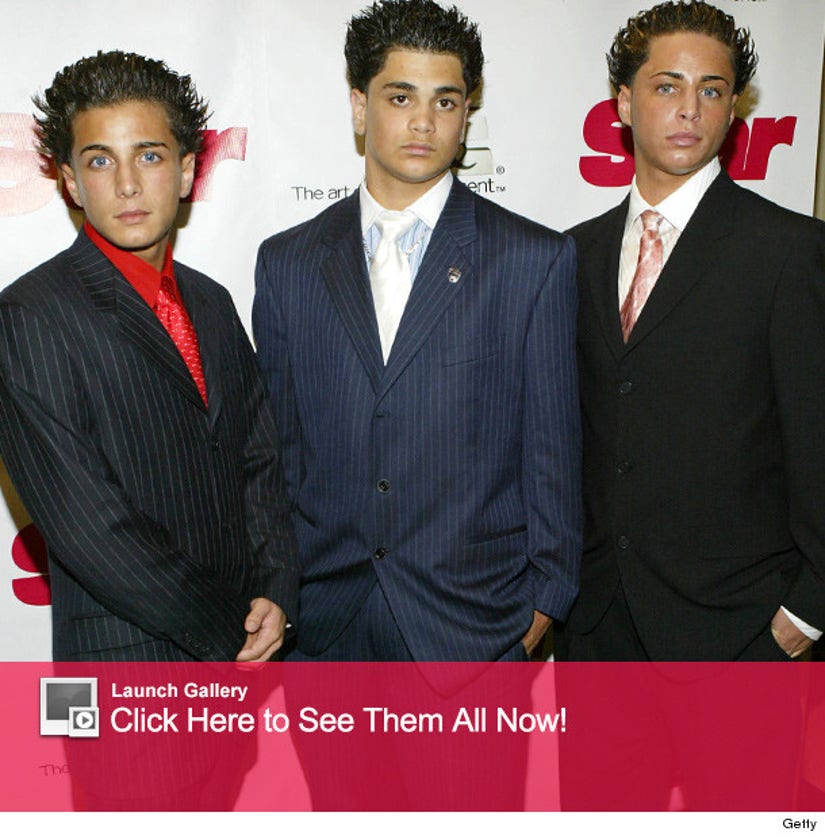