The blonde beauty stopped by "Watch What Happens Live" on Wednesday, where she couldn't stop talking about her new hubby's "beautiful penis."

The whole convo is slightly TMI, but that's just Jenny for you -- check out the video above to see what else she said about their sex life!

McCarthy was put on the spot when a caller asked if the sex has changed since the comedienne and the former New Kids On The Block singer said "I do."

"Without a doubt, it gets better every single time I make love to him. First of all, he has the most beautiful penis I've ever seen in my life. But you know what it is, he knows how to [use it]," she confessed.

"WWHL" fellow guest Tom Bergeron prompted Jenny to go into even further detail by asking, "Why is it the most beautiful penis?"

But in Donnie's case, "The size is perfect," she said. "I can't get too descriptive. But, you know what I mean! It fits my vagina perfectly and hits the spots right. But the thing about it is ... he makes love to a woman."

The former "View" star and "Blue Bloods" actor first met on the set of Bravo's "WWHL" in 2012 and the two eventually started dating -- the cute couple finally tied the knot in August 2014.

What do you think about Jenny's candid comments? Sound off below and check out the gallery to see even more celebrity weddings! 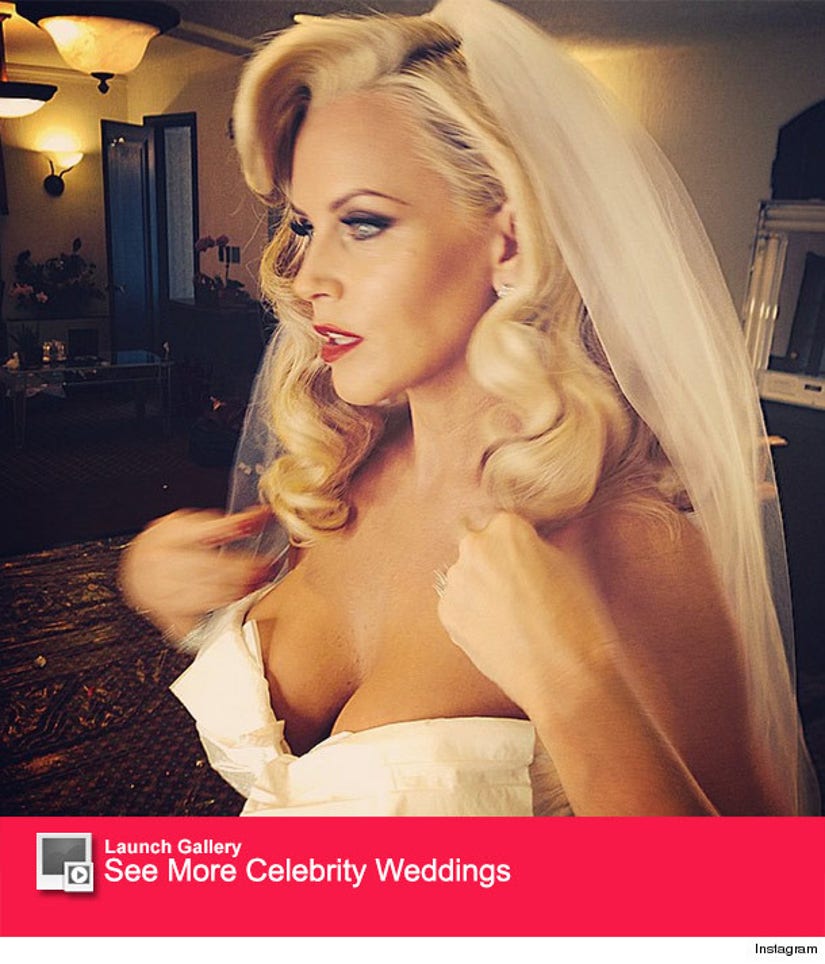