Ready for the next Brangelina?

"I feel like there's not enough buzz going into this thing," the "Dumb & Dumber To" actor says. "We need to do something right now that will get headlines, that will cut through the clutter and make hashtags happen." 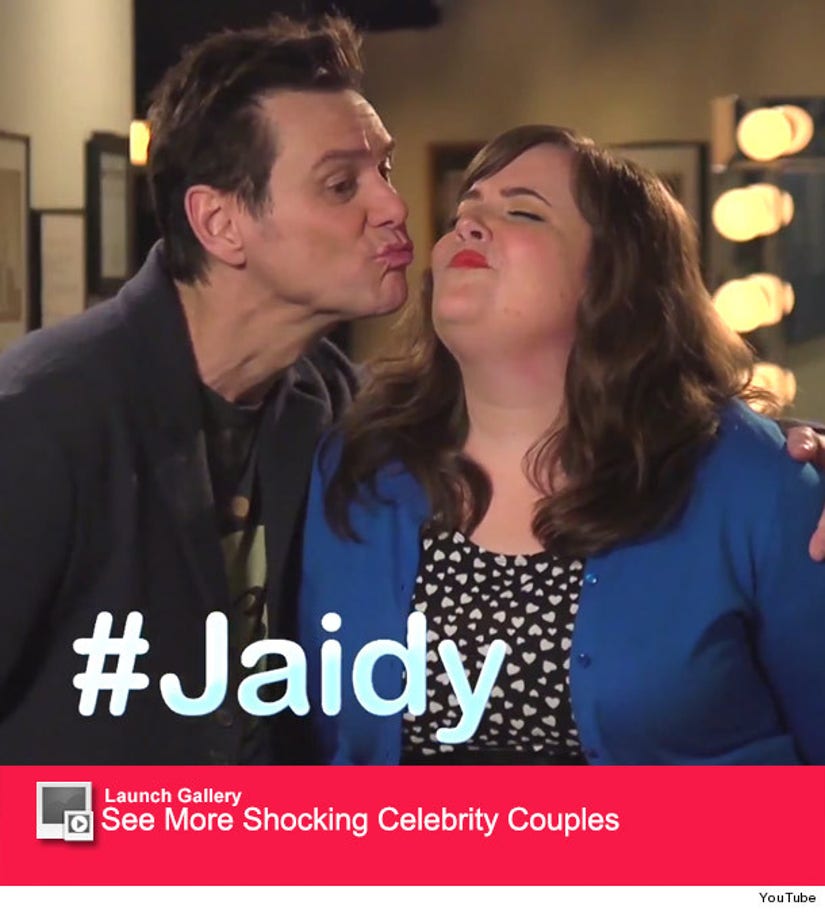 When Aidy suggests they start dating, Carrey agrees and even leans in for a very awkward kiss!

The best part of their fake Hollywood romance is their Bennifer-esque nickname and hashtag — which, in their case, is #Jaidy.

The comedian also performs a less than flattering impression of his new lady, before they both become demons.

Did we mention this is the Halloween episode? Watch the spooky promos above to see Jim tonguing Jason's signature hockey mask and swinging a machete!