Taylor Swift is coming clean about her biggest fear ... being arrested!

The "Shake It Off" singer makes an appearance on "The Ellen DeGeneres Show" on Monday, where she reveals why she's terrified of getting framed.

"So many people would frame me," the country cutie explains. "And they can frame you for any crime that you could go to jail for ... I could do nothing wrong, I could sit in my house with the cats all day and somehow there could be an article about me buying a house in a place I've never been or dating a guy I've never met. But then you take it a step further and in a nightmare world it's being framed for murder."

"Look at me, I wouldn't survive in jail," she declares. Check out the clip above to hear more about her fear of getting framed!

"You learn things about these coaches. Like you learn their weaknesses. Like Adam Levine's weakness are musical theatre songs. Did you know that?" she asks Ellen. "It's to the point that if you sing songs from Rent you can actually render Adam Levine helpless on the floor."

Well, that's one way to catch him -- watch the video above to hear what it's like to work with the Maroon 5 crooner! 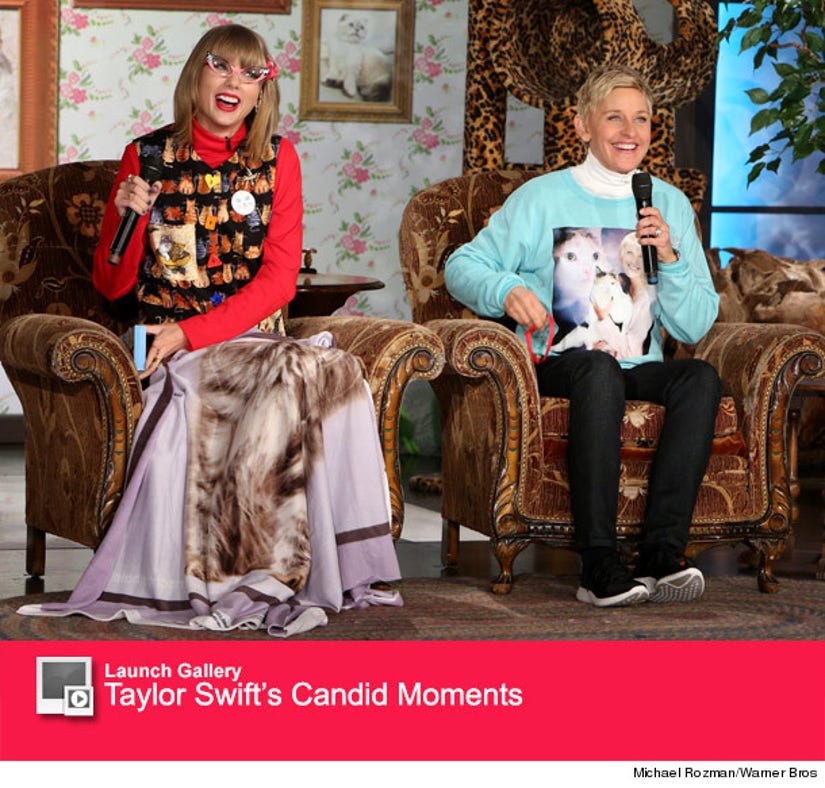 After the interview, Taylor and Ellen host a new TV show called "Kitty Corner." But, you'll have to watch "Ellen" today to see that segment.