Sofia Vergara is one lucky woman!

The "Modern Family" star spent the day on the set of "Magic Mike XXL" on Friday, and she seemed to get a front row seat during one of the movie's infamous stripping scenes.

Luckily for us, the actress shared a sneak peek of the sexy show on her WhoSay page with the silly caption: "Hehe."

In the pic, Sofia's boyfriend Joe Manganiello, Channing Tatum and Matt Bomer are showing off their moves -- and their buff bods -- as they dance in only a pair of blue jeans.

The "Magic Mike" men clearly have been working on those bodies -- just look at this pic from one of Joe's workouts! 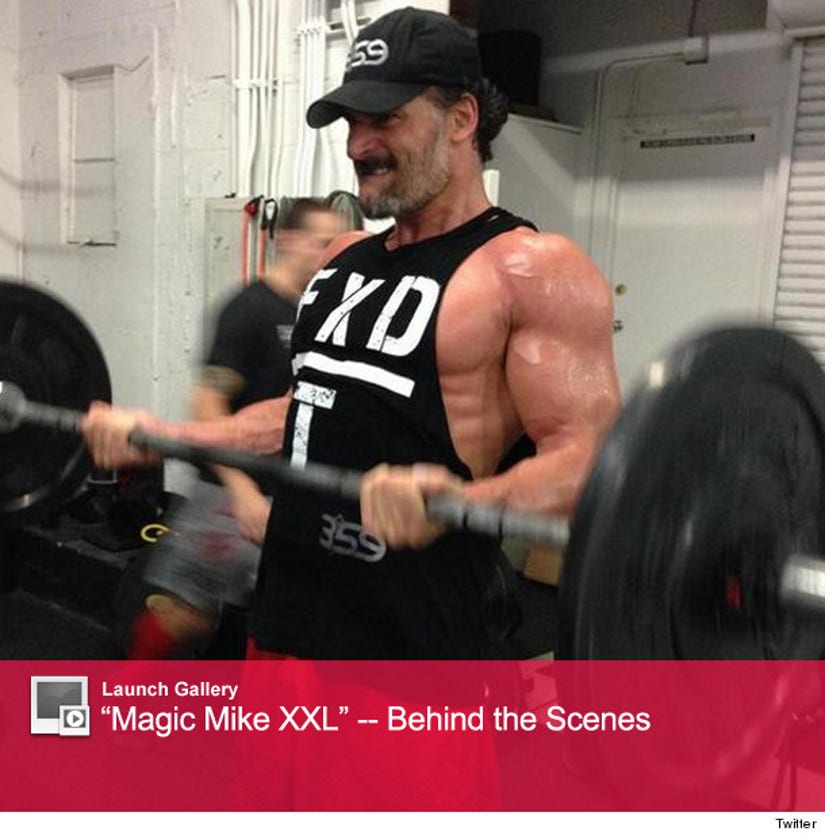 The actor recently took to Twitter to put his bulging biceps on display, posting a picture of himself pumping some serious iron in the gym.

"Getting ready for #MagicMikeXXL and shooting some new footage for https://evolution359.com with @Ron_MathewsLAB," he captioned the sweaty snapshot.

In an interview with Collider, Sofia's beau talked about filming the sequel to the popular exotic dancer flick.

"It's crazy. I didn't think that would be my first franchise," he said. "I never thought that would ever be the direction of my career. But that said, it's just proof that I don't know best, all the time. It was the most fun I've ever had."