Jim Carrey knows how to work a leotard.

With "Dumb and Dumber Too" dropping next month, the actor made his return to the limelight this weekend with a hosting gig on "Saturday Night Live" -- and this was, without a doubt, the best moment of the show.

In a skit called "Halloween Party," Jim and "SNL" star Kate McKinnon showed up to the same office bash dressed as Maddie Ziegler's dancer from Sia's "Chandelier" video. Sporting a nude leotard, tights and a short blonde wig, the two proceeded to have a dance-off to the song to decide who had the better costume.

The duo went around the entire soundstage with their routine, even getting musical guest Iggy Azalea to join in at one point.

While the rest of the episode was really hit or miss, this sketch had us cracking up at home. What did you think? Sound off below! 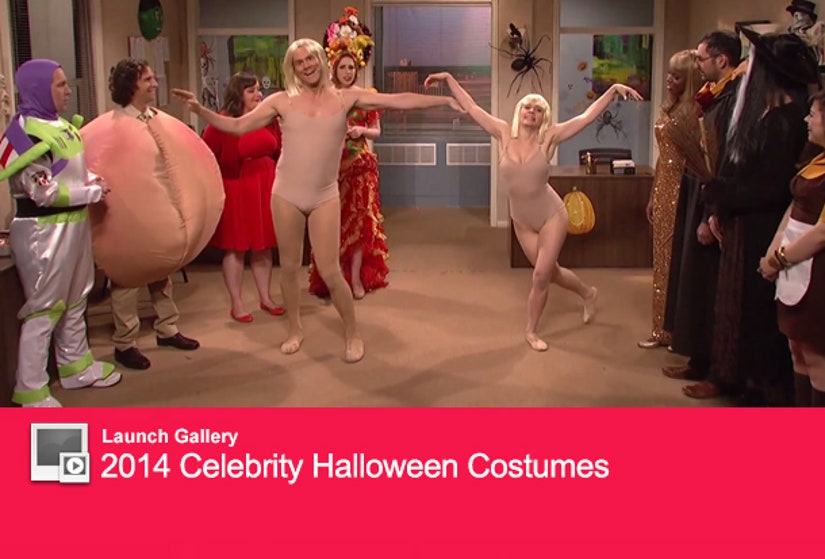