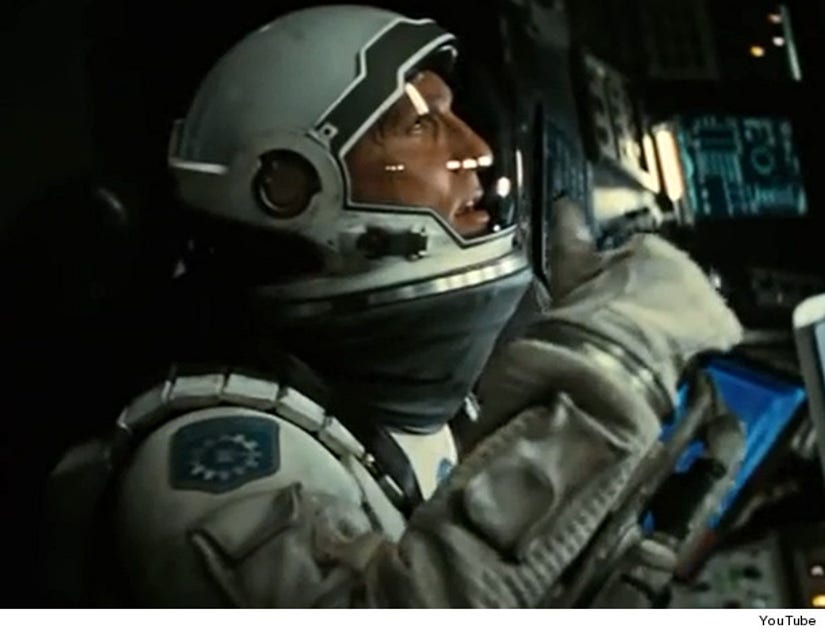 The man behind "Batman Begins" and "Inception" has done it again – Christopher Nolan's "Interstellar" is one wild, emotionally-charged ride.

The sci-fi flick takes place in the not-so-distant future and tells the story of a Dust Bowl-like environment resulting from mankind's relentless consumption and pollution – a seemingly grim social commentary on the effects of human waste.

But all hope is not lost.

"Interstellar" really begins when the now-underground NASA organization decides that we must relocate earth's 6 billion plus population to another universe.

Through a series of supernatural-like events, Matthew McConaughey (Cooper) is chosen to "save the world." The task is not a simple one – Cooper, a former pilot, must embark on one of the most dangerous, uncertain journeys through space with just a small group of explorers by his side. He's also faced with the difficult decision of leaving his loved ones behind to save the nearly-extinct human race.

McConaughey shines as the hopeful yet underrated hero – he brings warmth, honesty and strength to the role of Cooper. Anne Hathaway likewise impresses as Matt's knowledgeable comrade, as the actress is both tough yet endearing as Dr. Brand.

Nolan really plays with the idea of relativity – mixing time, dimensions and gravity to tell his story. The director definitely did his homework for this one!

While there seems to be a few unexplained minor moments in the movie, the viewer is not left guessing what it all means by the end – it's a bemusing satisfaction, at the very least.

The story is far more character-driven than expected, which has its drawbacks -- especially when we all want to see more of the beautiful space scenes and high-octane action. Still, this is definitely one to see in IMAX. But if you're not a fan of multiple plots and unexpected twists, this may not be the flick for you.

Overall, "Interstellar" is a beautifully unique and entertaining experience that should be seen the way Nolan intended, on the big screen and in IMAX.