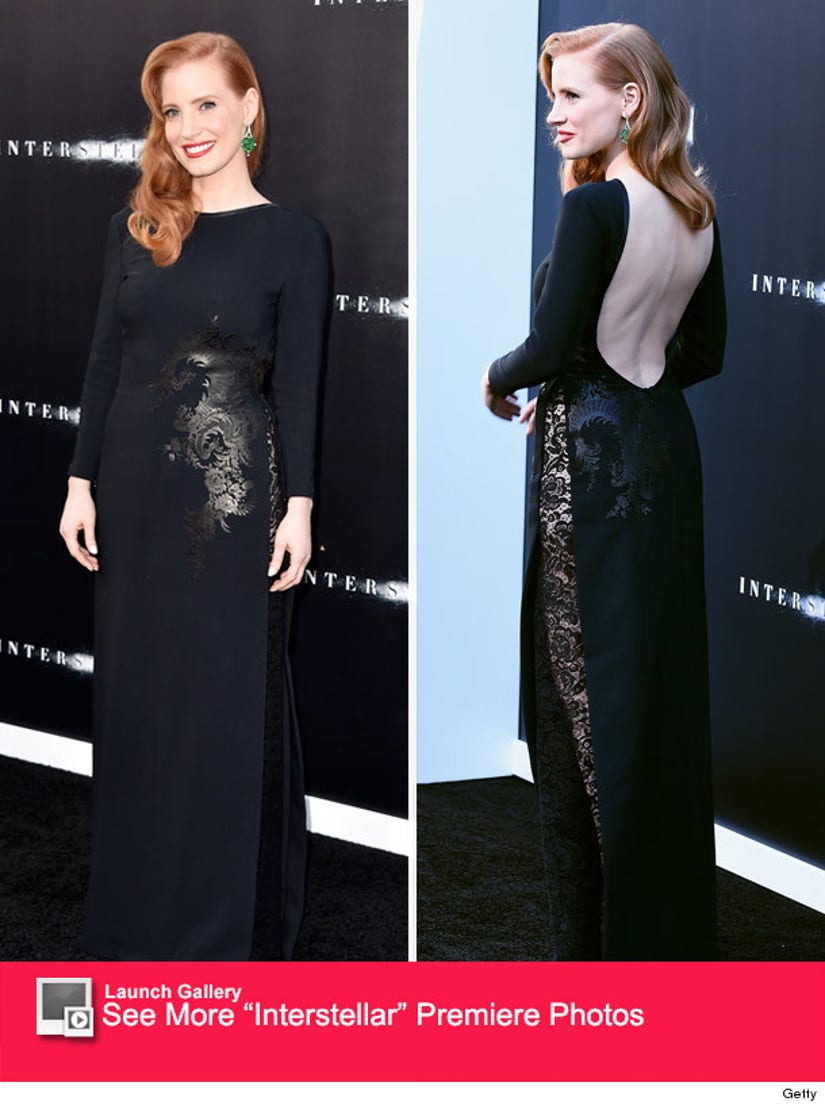 Jessica Chastain stole the spotlight at the "Interstellar" premiere in Hollywood, Calif. on Sunday night.

The gown was quite unassuming from the front, but it got a lot more interesting as the see-through panels on the sides and deep back were revealed!

Costars Matthew McConaughey and Anne Hathaway joined the red-haired beauty on the red carpet to promote the Christopher Nolan-directed film.

"Interstellar" follows "a group of explorers who make use of a newly discovered wormhole to surpass the limitations on human space travel and conquer the vast distances involved in an interstellar voyage."

The "Zero Dark Thirty" star recently opened up about taking part in the film. "I believe that we're all connected. Not just in this moment but in every moment," she told The Hollywood Reporter. "So as I was wrapping my head around the science of the film, I was incredibly moved by the human component of the film, and definitely it coincided with my spiritual beliefs."

The making of the movie also left a lasting impression on McConaughey. "It opened my view a little bit ... I've always been someone who didn't go to see sci-fi films. I didn't read sci-fi books as a child. And my thoughts were always [about] what's tangible, what we have right here, maybe what's beneath the sea, but I was never looking out there." he told THR. "That always was sort of an unknown. 'Oh, don't worry about that; it's not attainable.'"

"Interstellar" hits theaters on November 7 -- are you excited to see it? Sound off below!