Jake Gyllenhaal is not a fan of creepy dolls!

The "Nightcrawler" star makes an upcoming appearance on "The Ellen DeGeneres Show" on Wednesday, where he falls victim to one of the host's scary pranks.

During the interview, the actor explains why he chooses to play dark roles. "I have this belief that if you kinda go into the dark sometimes, it can be illuminating," he says. "I like those characters cause they're kind of fun to play, but I also think there's an opportunity for…"

As Gyllenhaal continues to answer the complex question, a person in a creepy doll costume with a terrifying mask jumps out of the end table.

Watch the actor's priceless reaction in the video above! 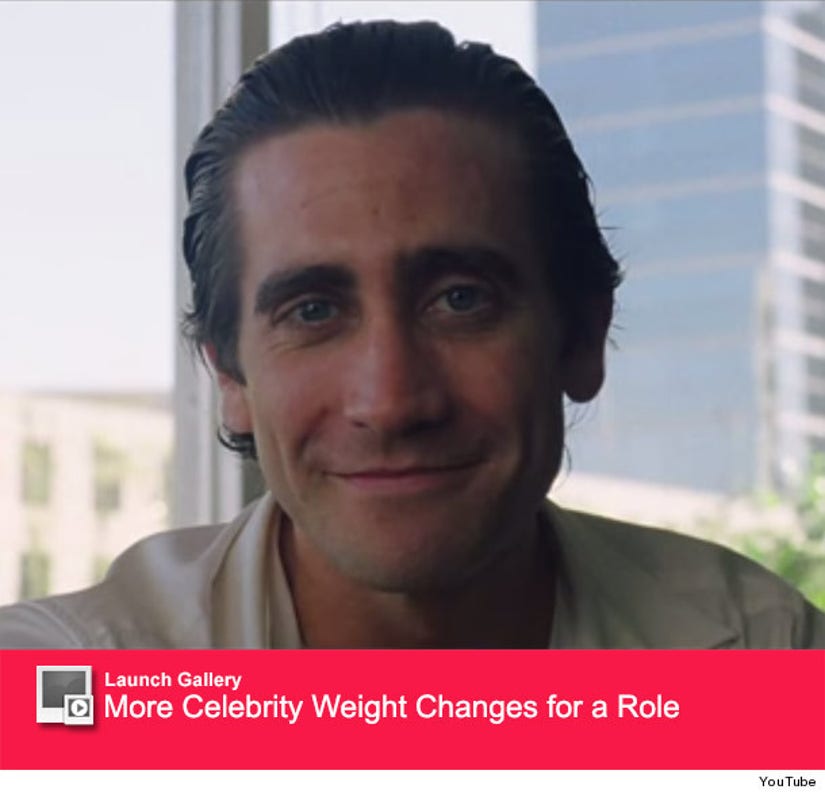 Before the scary prank, Jake explains why he chose to lose weight for his role as Louis Bloom in his new film, "Nightcrawler."

Check out the clip below to hear more about his 25-pound weight loss!