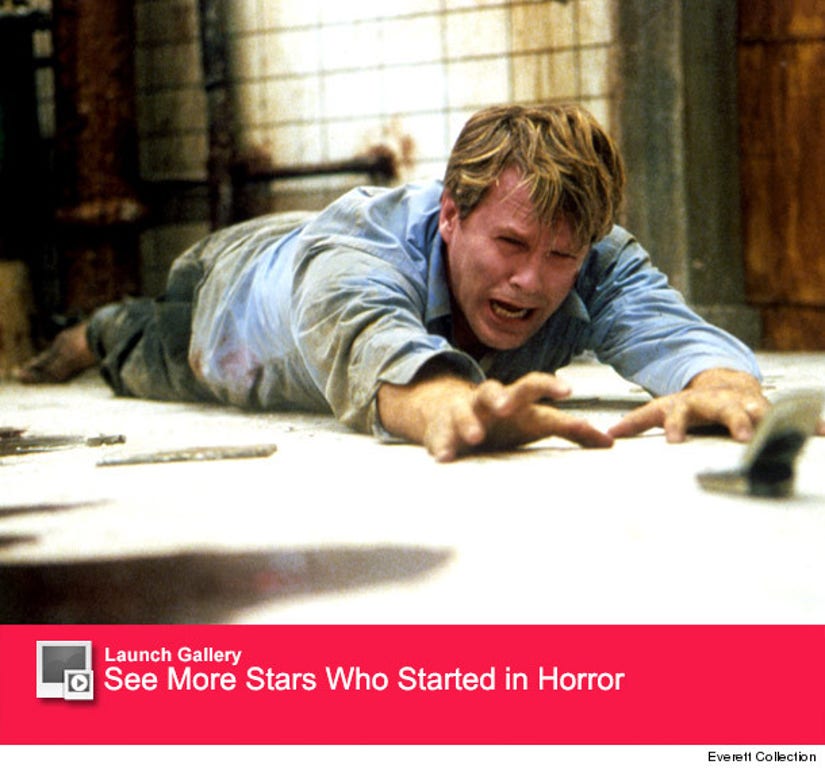 Can you believe it's been 10 years since the first "Saw" hit theaters?!

To celebrate the milestone anniversary of one of the highest grossing horror flicks of all-time, we wanted to take a look back at what really went down on the set of the gory movie.

To start, all of the creepy bathroom scenes were filmed in the same order they're shown in the movie. This was done to help the actors feel what the characters were experiencing. Yikes!

When Amanda (Shawnee Smith) is searching through her cellmates "guts" after stabbing him, she's actually touching a pig's uterus!

The only dummy used in the movie was the burnt body of Mark Wilson (Paul Gutrecht), who met his end while trying to save himself from a slow-acting poison in his body. All the other "corpses" were played by cast members.

Director/writer James Wan also revealed in the commentary section of the "Saw" DVD that the majority of the scenes in the freaky flick stemmed from nightmares he and writer Leigh Whannell had as children.

Cary Elwes (Dr. Lawrence Gordon) likewise told toofab's Brian Particelli while promoting his new book that the the entire cast is planning to get together on Halloween to celebrate the film's anniversary. They're also holding a Q&A tonight at the ArcLight in Hollywood.

Which "Saw" movie is your favorite? Tell toofab in the comment section below and click "Launch Gallery" above to see more stars who've started in horror!