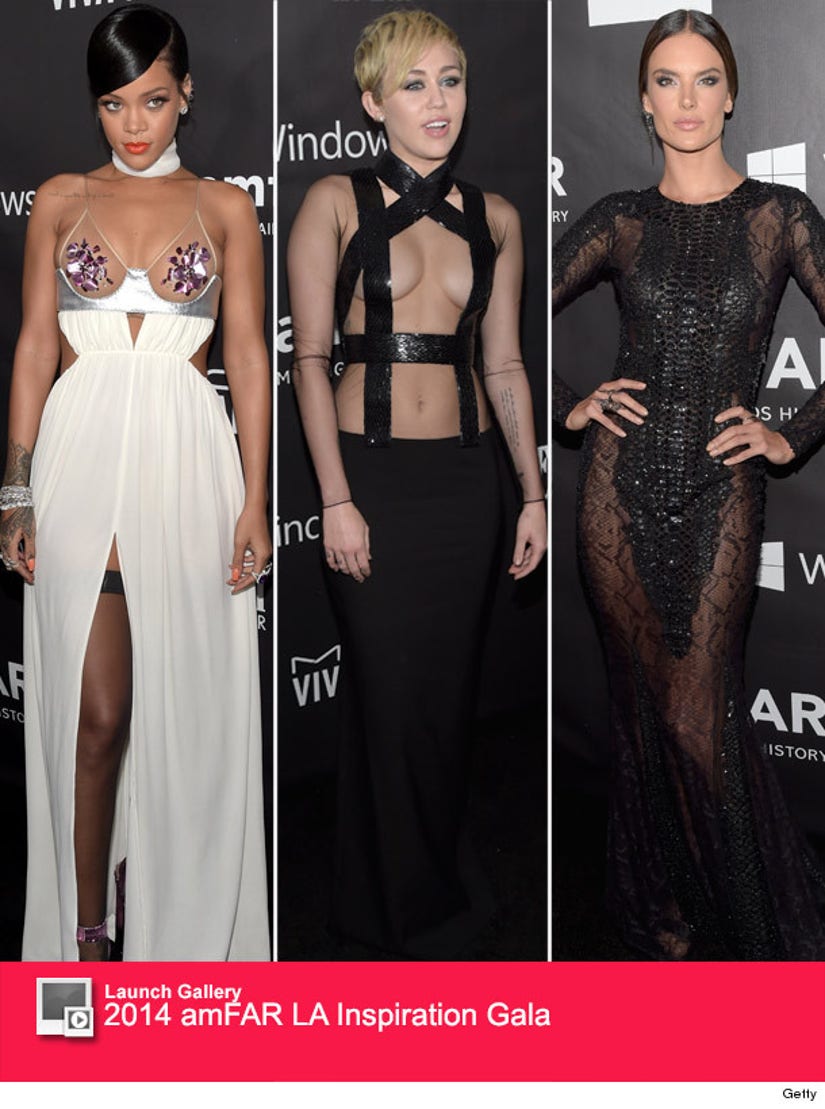 While many famous faces hit the red carpet for a good cause, it was hard to concentrate on anything but the serious amount of skin that was showing!

Rihanna rocked a white Tom Ford dress with a dangerously high slit and purple sequins covering her breasts. The "Diamonds" singer completed her racy look with a sleek updo and a bright orange lip.

But, Miley Cyrus might have just one-upped RiRi in another ultra-sexy Tom Ford ensemble! She came in like a "wrecking ball" in a jaw-dropping bondage-inspired dress, featuring a few strategically-placed strips of cloth to cover her chest.

And Alessandra Ambrosio showed some skin -- and a whole lot of booty -- on the red carpet, sporting a black tulle Zuhair Murad gown with black embellished panels protecting some of her modesty. The supermodel paired her see-through look with a chic bun and smokey eye makeup.

Michelle Rodriguez, Natasha Bedingfield and Lea Michele also wore low-cut looks as they posed for pictures at the charity event.

Inside the gala, Gwyneth Paltrow introduced a surprise performance from Coldplay.

"This brilliant singer-songwriter has sold 8 million records, has won every single award that there is to be won, especially Father of the Year, which he has won consecutively since 2004," she said during his intro. Sounds like the two are still on very good terms!

Kelly Osbourne stole the spotlight at the amfAR after party, flaunting her fit figure and some major cleavage in a fitted black dress. 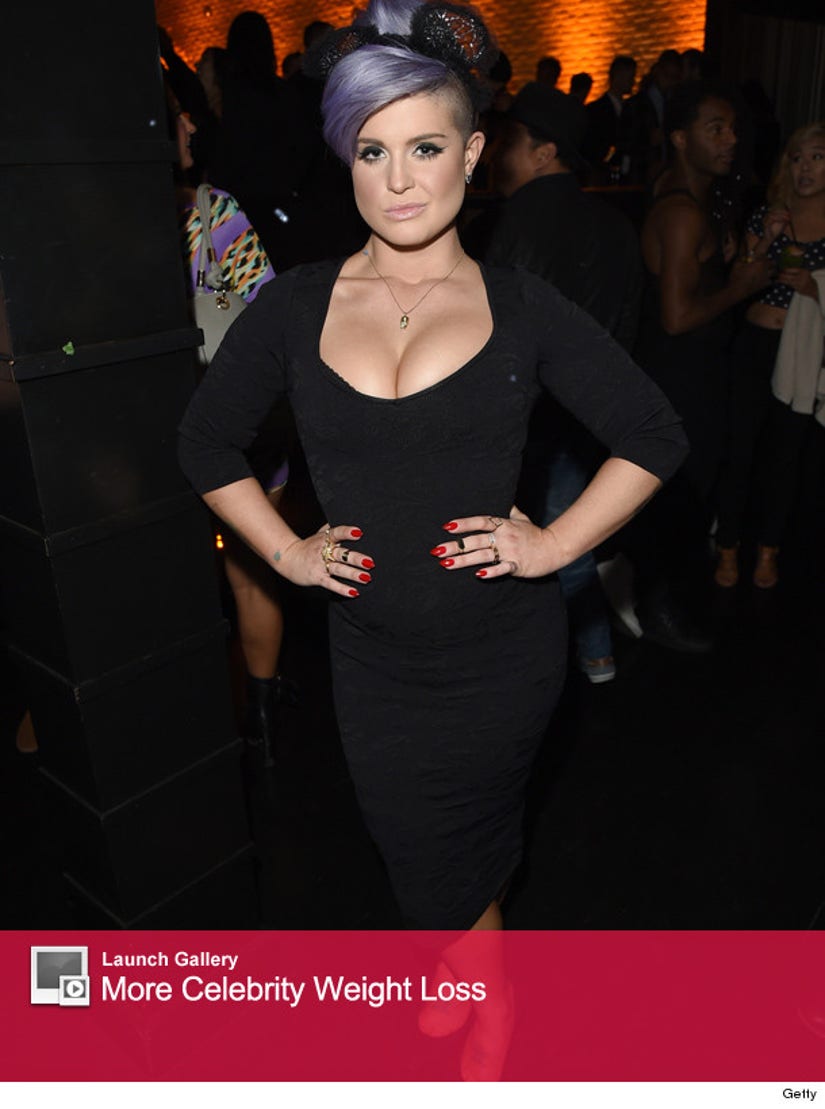 Check out the "Fashion Police" star's red carpet look in the gallery above, plus see all of the stars at the event, including pregnant Molly Sims, Kat Dennings, January Jones and more!