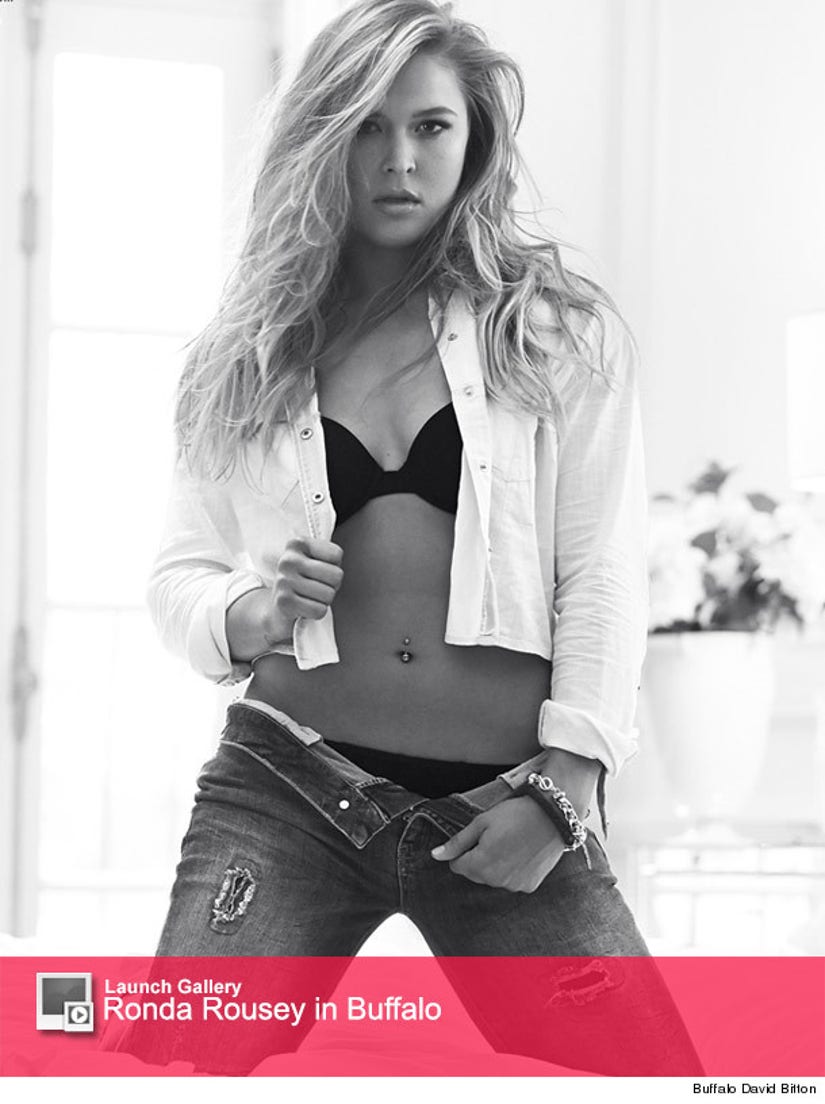 This is Ronda Rousey like you've never seen her before!

In the new pics, the 27-year-old actress shows off her softer side in Buffalo jeans, a denim shirt and a black bra. She even poses topless with only her favorite accessories ... her boxing gloves!

See those pics in the gallery above.

"It's such an amazing opportunity to be able to represent Buffalo Pro. Not only am I the first female they've ever had representing the campaign, but it's the first time any MMA fighter has done any type of fashion thing at all," she said of her new gig.

"I feel really honored to be taking the first steps into this industry," she added. "I never had the confidence when I was younger to dress well, and avoided any type of fashion and femininity, and I'm enjoying the chance to embrace it at this point in my life."

Click "Launch Gallery" above to see more of Ronda's photos, and check out the clip to see a look behind-the-scenes at her fashion shoot!