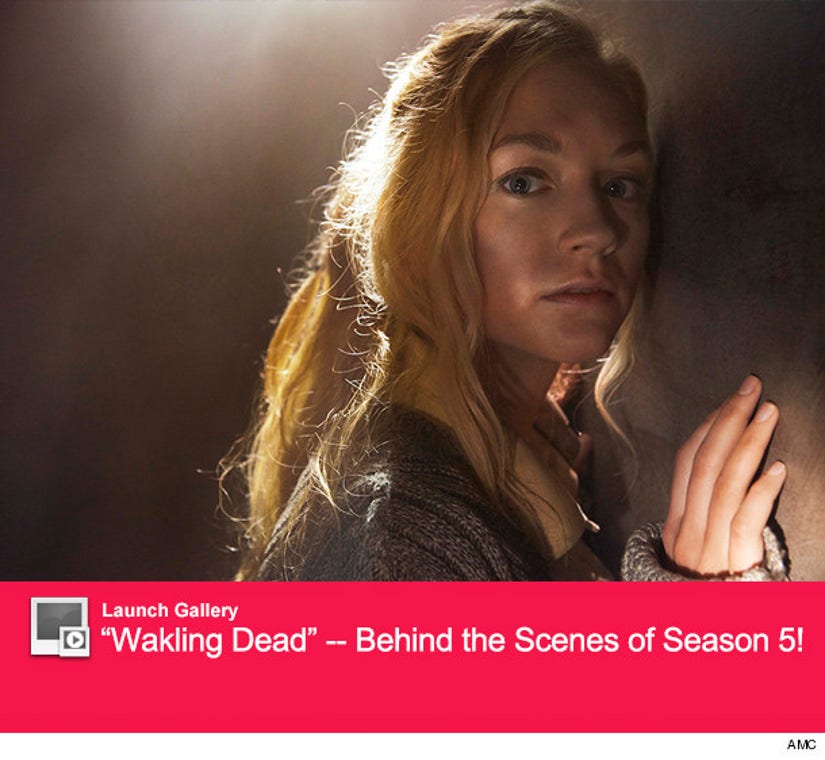 It's been eight months since Beth (Emily Kinney) disappeared into the back of a mysterious black car with a white cross on the rear window ... but tonight, we finally know where she ended up.

"Slabtown" introduced us to a brand new corner of the "Walking Dead" universe, bringing both a new setting and characters and setting up a a few intriguing plot lines for future episodes.

As this week's episode focused solely on Beth ... at least until that very last second ... we gave Josh McDermitt the week off. But don't worry, with next week's hour giving Eugene the spotlight, we'll return to our regular recap format on the 9th!

For now, let's dig into the biggest takeaways/questions from "Slabtown." 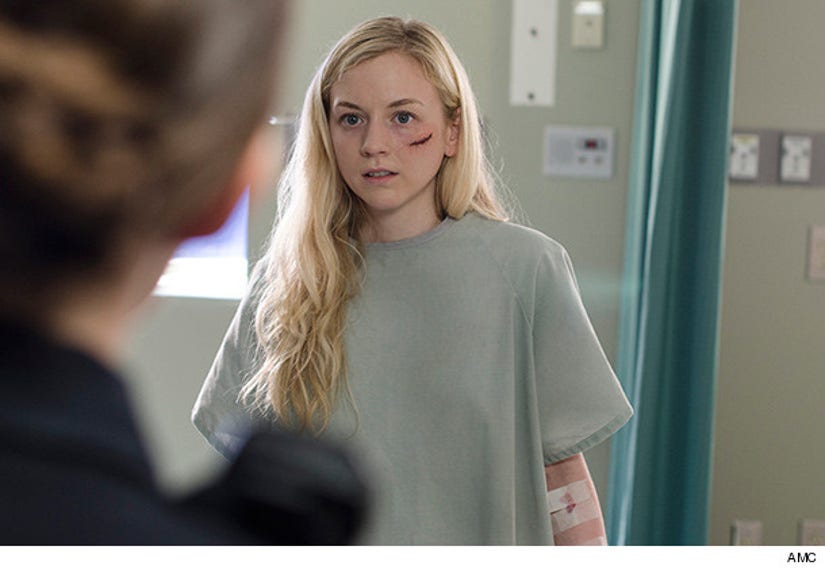 What a relief! After her kidnapping last season, many assumed she was taken to Terminus and potentially eaten by its now-dead cannibals.

Thankfully, that's not the case -- though that doesn't necessarily mean she's safe. The episode opens with Beth waking up inside a hospital. She quickly learns she was rescued from a walker attack and taken there to recover. But, while she's feeling better, Beth isn't allowed to leave until she works off her debt.

"We all have to contribute. If we take, we give back, it's only fair," she's told by one of the women in charge, Dawn. "So keep working off what you owe and you'll be outta here in no time." 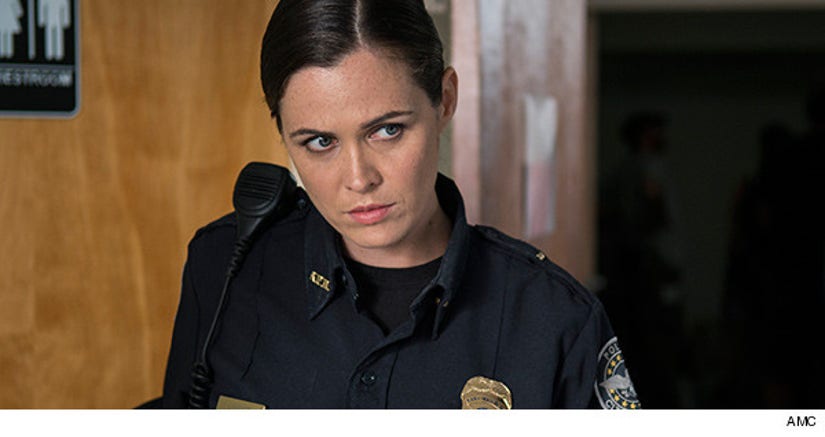 We're conflicted here. While her violence towards Beth -- slapping and punching her by the end of the episode -- is surely shady, she doesn't seem like that horrible of a person in the grand scheme of things. Like Rick Grimes, she's focused on keeping order and doing what has to be done for the greater good.

"Every sacrifice we make needs to be for the greater good. The second we lose sight of that, it's all over. The thing is, you're not the greater good, you're not strong enough," she tells Beth. "How many people had to risk your lives to save you? There have been compromises, but it's working. Out there, you are nothing, except dead or somebody's burden. Some people just aren't meant for this life and that's O.K., as long as they don't take advantage of the ones who are."

Harsh words, yes ... but it's not like she's eating human flesh like Gareth or a total sociopath like The Governor. She's clearly got some issues in her past, but might actually be someone who can be reasoned with going forward. What do you think?

Meanwhile, Dr. Stephen Edwards clearly can't be trusted. The not-so-good doctor had Beth give a sick patient the wrong drugs on purpose, killing him. It didn't take long for our blonde heroine long to figure it out, realizing he did it because it'd up his standing among the rest of the survivors.

Sure, she didn't actually break out of the hospital like she planned to ... but she helped someone else escape and did a helluva lot more fighting back than we've EVER seen from her before. From taking out rapey officer Gorman to her head-stomping a zombie, she definitely upped her game in the combat department this week.

Between Carol dominating the season premiere, Michonne and Sasha taking part in the brutal bloodbath last week and now this, the women of "The Walking Dead" are more than holding their own -- and Beth proved she really is a fighter, regardless of what Dawn thinks.

While Beth was planning to do something dastardly to Dr. Edwards with a pair of medical scissors, she froze in her tracks when she saw a gurney get rolled into the hospital with a bloodied-up, familiar face onboard. Yep, Carol.

We know that Daryl and Carol both went looking for Beth after spotting one of the hospital's cars outside of Terminus ... and it seems like only one person returned back with him at the end of last week's episode ... but what happened between then?!

We didn't get any answers there this week, but seeing Carol out cold wasn't a good sign. Can we rest easy knowing Daryl's still out there and will help rescue at least one of them?

We're very interested to see what happens once Carol wakes up! 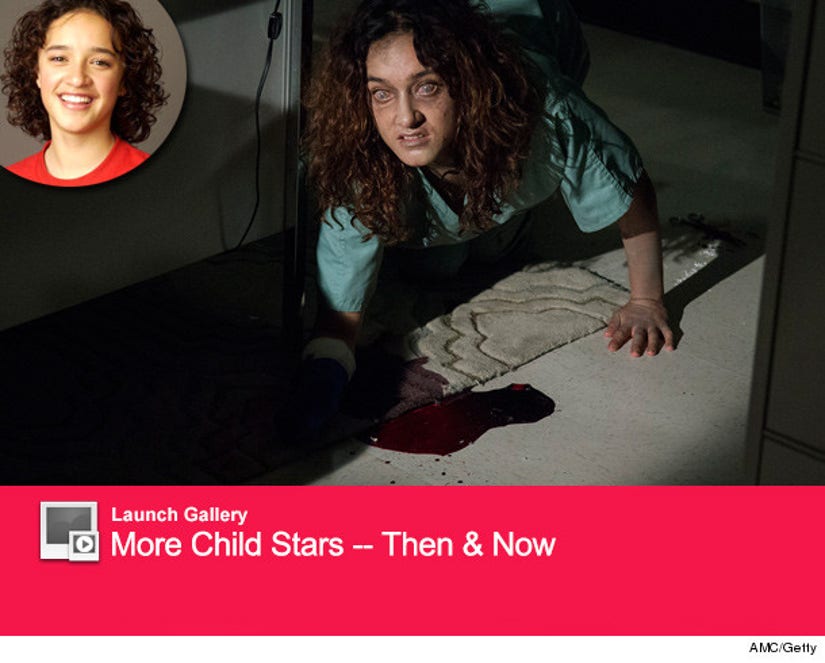 Remember Keisha Castle-Hughes, the New Zealand actress who starred in "Whale Rider" back in 2002 and had a bit part as Queen Apailana in "Star Wars Episode III: Return of the Sith"? Well she had a small -- but very important -- role in last night's episode.

The Oscar nominee appeared as Joan, the woman who had her arm amputated after a failed escape attempt. She later committed suicide, only to come back as a walker and kill Gorman. Man, that guy really had it coming.

What did you think of this week's episode and the new scenario it set up? Sound off below!