Matthew McConaughey has come a long way since his first job!

The "Interstellar" star got his start at the Oak Forest Country Club in Texas, where he manned the sand traps in the early morning and killed armadillos at night.

"If I was late for any reason, you really had to boogie because there was a group coming," he continued.

The Oscar-winning actor also revealed that he got hired to shoot armadillos who were destroying the greens on the golf course. Check out the clip above to hear more about the favorite part of his first gig.

Matthew isn't the only celeb who started out with an odd job!

Click "Launch Gallery" below to find out how your favorite stars made a living before they became famous -- some of them may surprise you! 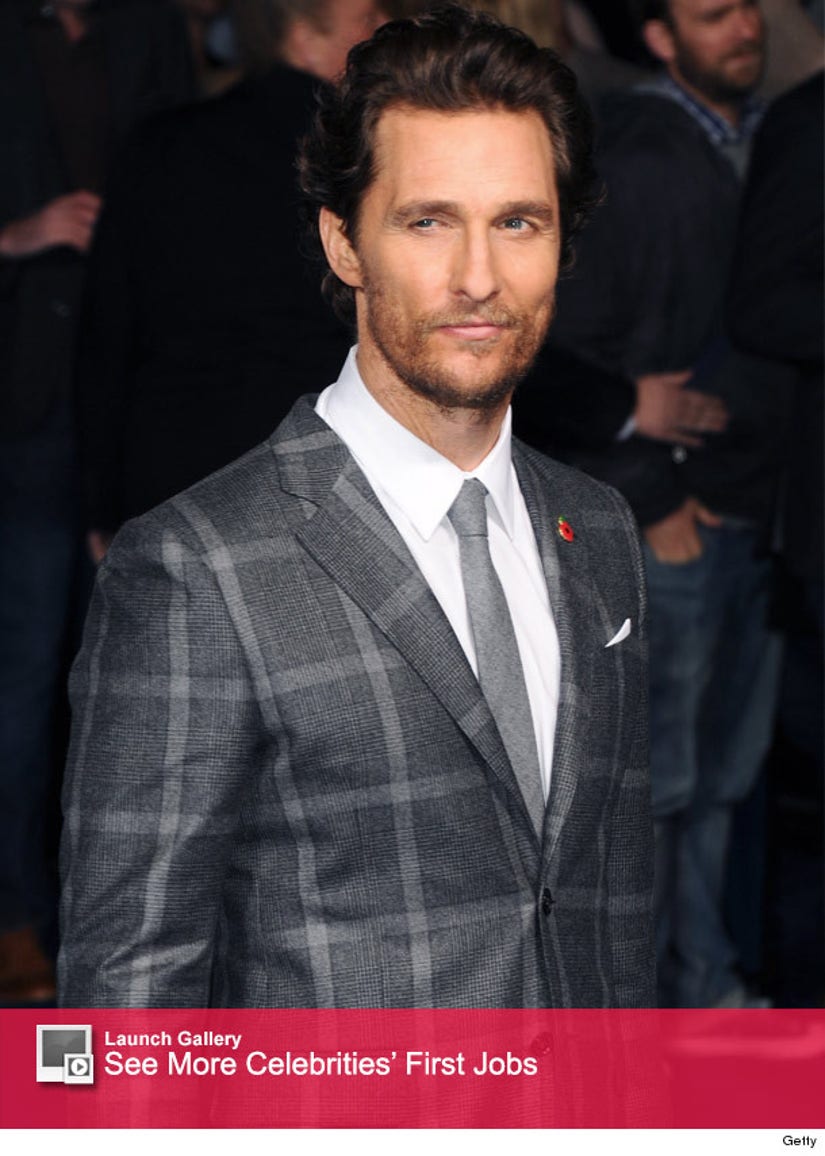