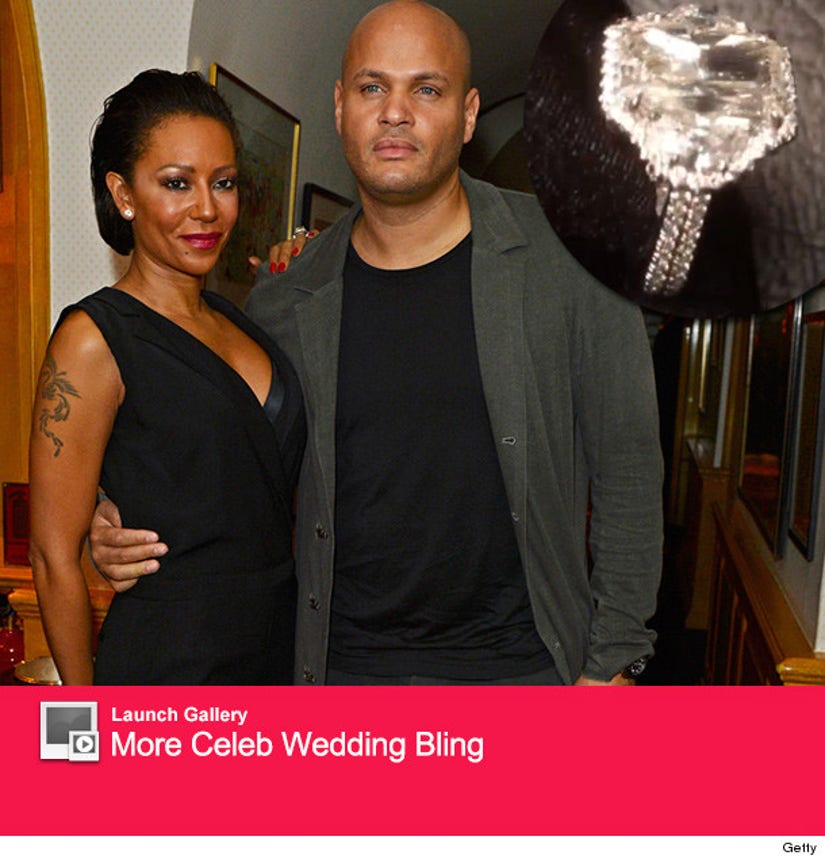 Former Spice Girl Mel B is the proud recipient of a brand new sparkler, thanks to husband Stephen Belafonte and Richie Nektalov from Leon Diamond in NYC.

We're told Stephen put in the order for the new bauble himself, telling the jeweler it was time for an "upgrade" and adding that "cars need tuneups and so does your wife's ring."

The nearly flawless, $300,000, 7-karat ring is stunning -- and Richie flew out to London to deliver it to the singer personally. See the ring from all angles below.

While Mel and Stephen secretly got hitched in June 2007, they renewed their vows in early-November the following year with a huge ceremony that included their friends and family. Maybe this gift is a celebration of that anniversary.

The happy couple was also spotted out celebrating Halloween over the weekend, where Mel gave us some serious '90s flashbacks by sporting a leopard-print catsuit. Girl Power returns! 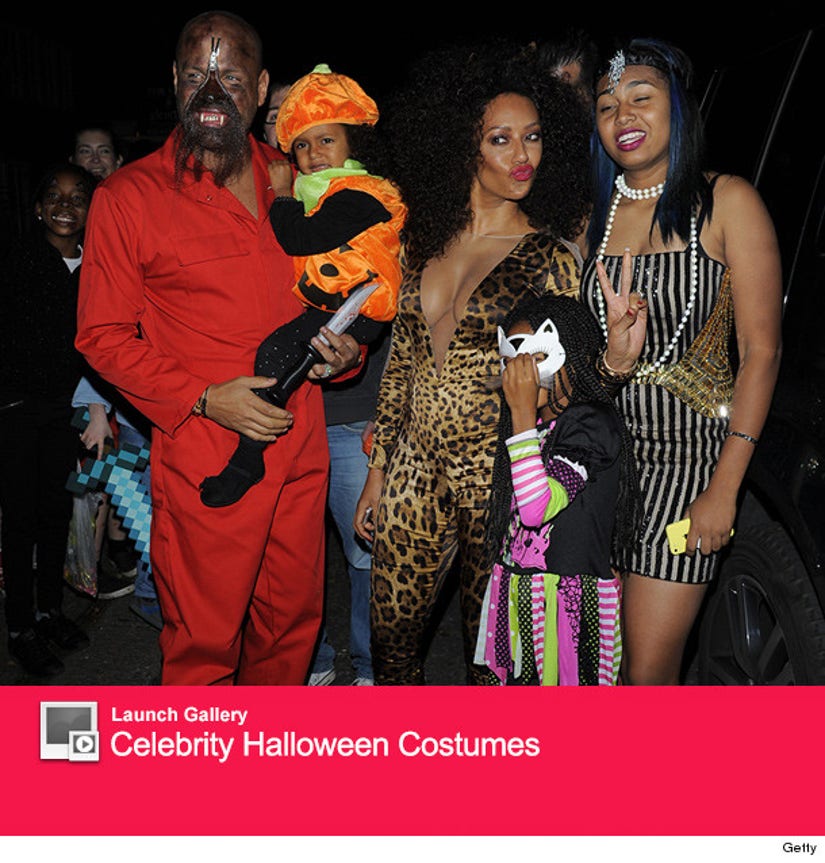 Check out more celebrity rings and Halloween costumes in the two galleries above.