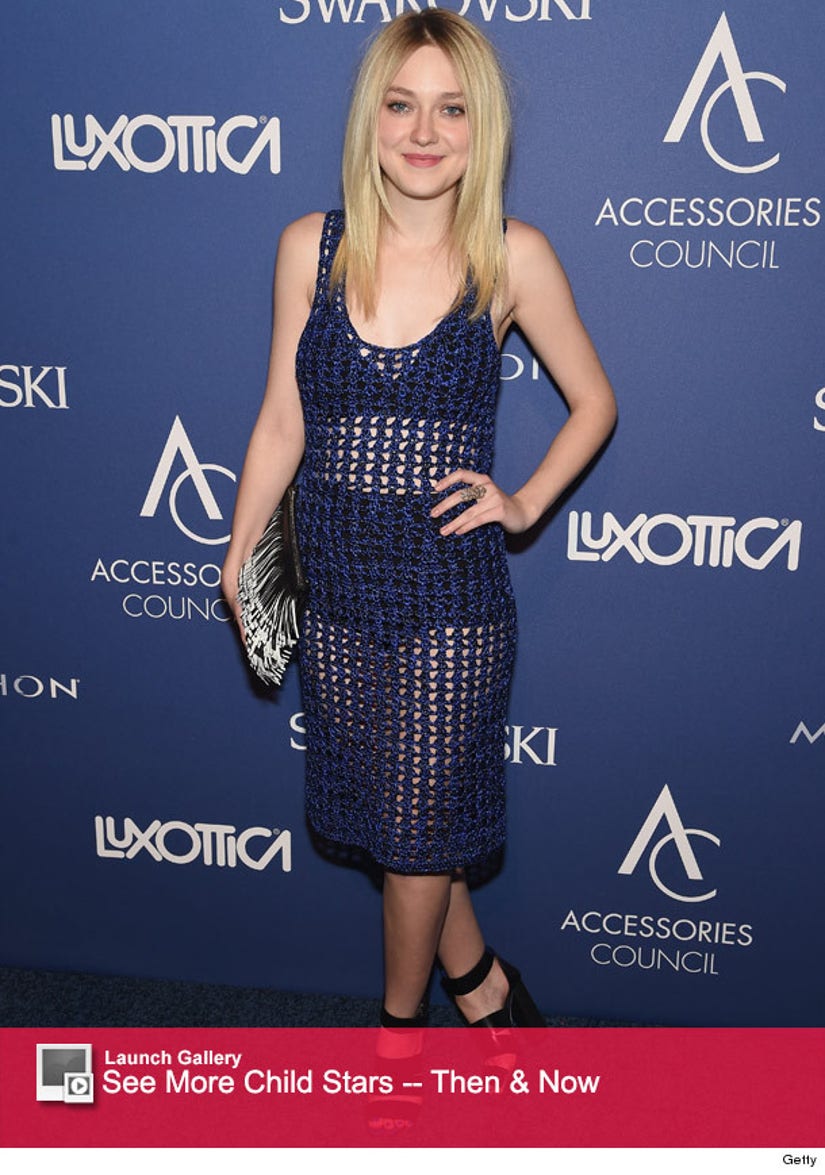 Dakota Fanning has come a long way from her days as a child star!

The "Effie Gray" star flashed her bra and underwear on the red carpet at the ACE Awards in New York City on Monday, sporting a sheer crocheted blue dress that left little to the imagination.

The blonde beauty has admitted that her sister Elle Fanning is the style maven in her family, but she definitely knows what works for her.

"It's easy to fall into what's trendy," she says in the November issue of Lucky. "You can't be a slave to what everyone else thinks looks good, because sometimes it doesn't look good on you."

While she clearly isn't afraid to take a fashion risk, she revealed that her most treasured piece of clothing isn't a designer piece; it's a T-shirt she got from the hospital gift shop the day her younger sister was born.

"It's pink with big blue letters and says 'I'm the Big Sister.' I was so small and it was so big that it fit me forever. Now it would be like a crop top on me," she joked, "which might be in fashion."

What do you think of Dakota's latest look? Sound off below!