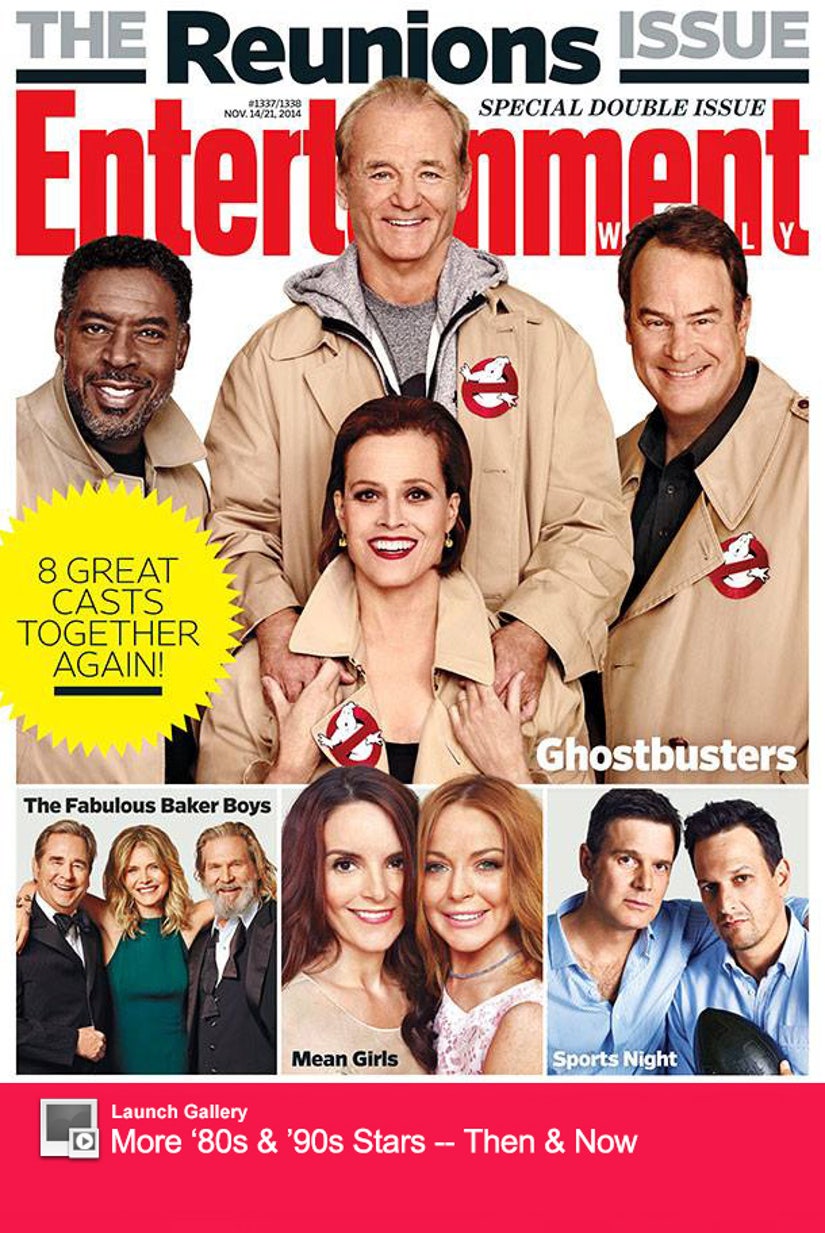 Who you gonna call?

If your brain doesn't automatically shout "Ghostbusters" after hearing those four words, there's something wrong with you -- because, 30 years later, the film is still one of the most memorable movies ever made.

First released in June of 1984, the flick spawned a sequel, cartoon, video games, toys and never-ending speculation over when we'll finally get "Part III."

Well, we still don't have an answer for that last one, as Bill Murray, Sigourney Weaver, Dan Aykroyd, Ernie Hudson and Annie Potts all addressed the elephant in the room when they recently got together again for Entertainment Weekly's Reunions Issue.

"I say the money's not right yet," joked Murray after Al Roker asked about doing another one. "It's really hard to — to recreate something that was so beautiful, so wonderful. I hear there's gonna be one with all women, Ghostbabes, something like that."

It's true, director Paul Feig is making an all-female version, but no additional details or casting for the film have been released.

We're thrilled to see the cast together again, though it's sad the reunion came after Harold Ramis' passing earlier this year. Also MIA from the shoot was Rick Moranis, who rarely makes public appearances since retiring from acting a while back.

Check out the video below to see more of "Today's" visit to the reunion photoshoot, where Murray describes the "disgusting combination" of ingredients that slime was made out of ... and what the cast members' favorite moments from filming were.