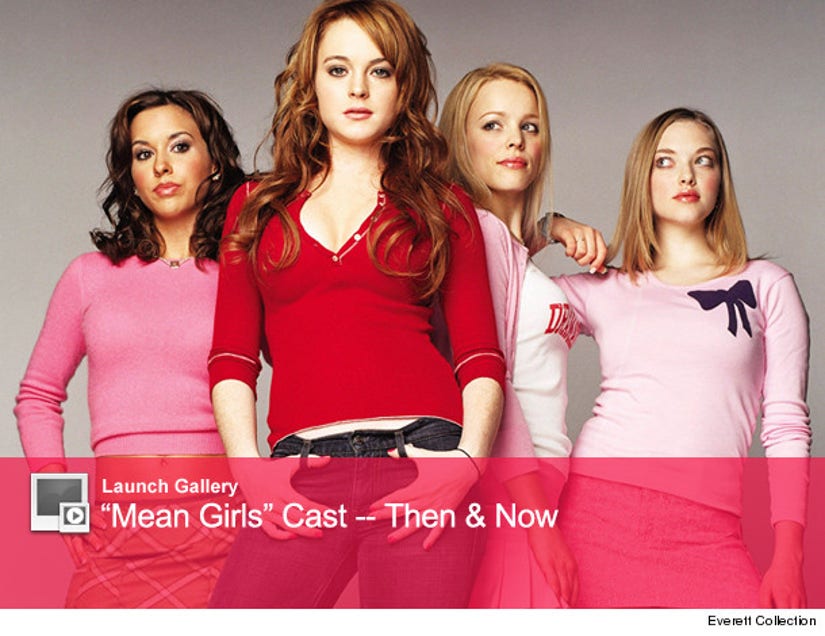 On Wednesdays we wear pink!

Lindsay Lohan, Tina Fey, Rachel McAdams, Amanda Seyfried and Lacey Chabert got together for the one reunion we've all reallllly been waiting for. Yep, we're talking about "Mean Girls."

While LiLo teased us all with a sneak peek pic from the shoot back in August, we had no idea the two of them were actually taking photos with the rest of the cast too!

The gang got together again for Entertainment Weekly's Reunions Issue -- and can be seen in a sneak peek pic the mag tweeted out below.

Hard to believe it's already been 10 years since the movie came out in April 2004 and, according to the women who played them, the Plastics have been busy.

The magazine asked the four young stars where they think their characters would all be now -- and their answers sound pretty spot on.

It sounds like Karen gave up her weathergirl gig, as Seyfried believes she now runs a pet store that "sells really cool dog attire, like Swarovski dog collars and Halloween costumes."

McAdams thinks Regina is now a "Real Housewife," while Lohan says Cady is hanging out with Oprah in Africa, "teaching girls to be nice to each other."

As for Gretchen Wieners, Chabert hit the nail on the head: "[She's] probably running the Toaster Studel empire.

Grool. Check out the full interview and more photos over at EW!

The #MeanGirls cast looks back—& tells us where their characters would be today: https://t.co/3DoK8F7KbE #EWReunions pic.twitter.com/ptXddi46a7