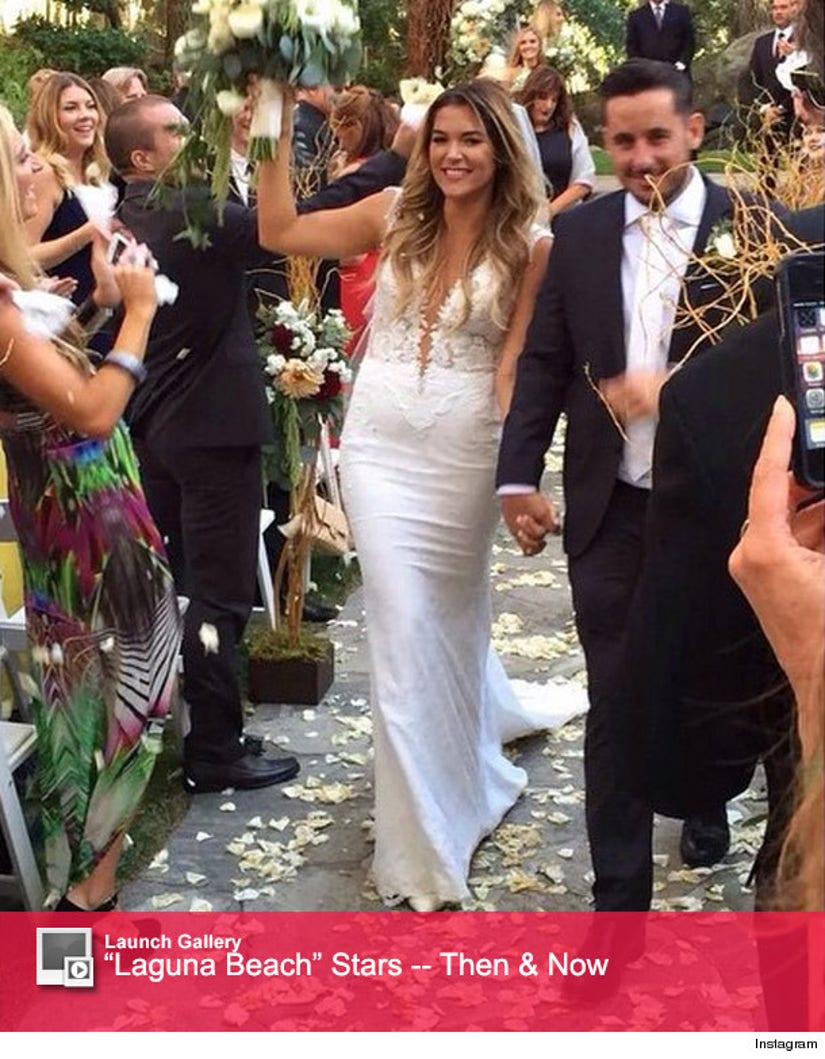 Alex Murrel's going to be back in the spotlight!

The "Laguna Beach" alum chatted with toofab's Brittany Kyles while on her honeymoon in Mexico, where she dished on her new reality spinoff, her wedding to Kyle Mark Johnson and her former MTV costars.

When Alex's recent wedding made headlines fans were shocked to see how different the brunette beauty looked these days. So, what exactly has Alex done to change her appearance?

"It's been 10 years since the show, so anybody 10 years after high school is going to look different, more grown up. And, especially with the wedding, it takes a lot of discipline and dedication to try and look good in the wedding dress and to feel good about yourself," she told us.

"In preparation for the wedding I worked out like 4-5 times a week and I did Paleo [diet]. I think with that, it makes me look a little different," she continued.

Murrel's still super close with many of her "Laguna" gal pals, and a few of them were even in her wedding party!

"Well Taylor [Cole] was in the wedding, of course, and Morgan was actually my maid of honor and Alex H. [Hooser], who was also on 'Laguna Beach,' was in my bridal party as well. And you know I speak to Kristin [Cavallari] every once in a while, but she was busy and has her little guys running around. It was more of an intimate setting so I kept it to my immediate circle of friends," she explained. 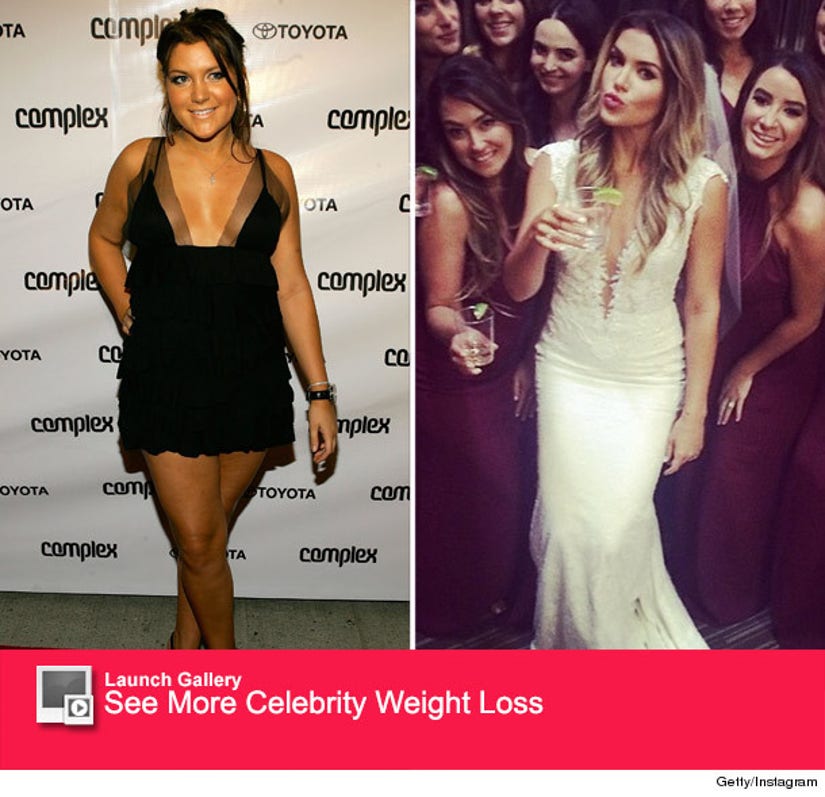 While the MTV star was better friends with Kristin on the show, she did receive a warm congrats from Lauren Conrad.

"I am more in contact with Kristin than I am with Lauren, [but] she is friends with a couple of friends of mine and did wish me congratulations on the wedding," Alex told us.

And on the subject of Lauren, Alex also revealed that she still stays in touch with her and LC's shared ex, Jason Wahler.

"I do [still talk to Jason]. Surprisingly we both got married at the same place. That's kind of funny. But we had completely different weddings. I see Jason every once in a while, his wife is super sweet. And we still live in the Laguna/Newport Beach area so we kind of run into each other quite often and I still consider Jason a good friend of mine and we talk every once in awhile," she explained.

Many of the stars of "Laguna" and the "Hills" have faulted the show for its ridiculous storylines -- so was her relationship with Jason portrayed accurately?

"Jason and I had been best friends since Kindergarten and we have been longtime family friends. It was [portrayed accurately], we did date, and we were definitely together at one point. But, it wasn't exactly in the same time frame that the show edited it out to be. So it made it look like I was a 'boyfriend stealer,' I'm quoting Sam, but it wasn't really accurate because it was completely different timing," she revealed.

"And the amount of time that Jason and I dated was very brief as well. They definitely followed storylines, but it was a matter of editing and how the storylines were timed and edited on the show."

Alex also had some problems with the way she was made to look on the series. "I really had some issues when the show was airing. We wouldn't get the episodes until the night before it aired and editing completely changes the way that you think it's going to come off. I think that for me, I came off a lot meaner and mean spirited," she said.

"I honestly thought that Taylor and I were going to be the funny girls in our group of friends. You know, of course I was out spoken, but the way that the editing came out it definitely portrayed me differently than I had originally thought and that was hard," she added. 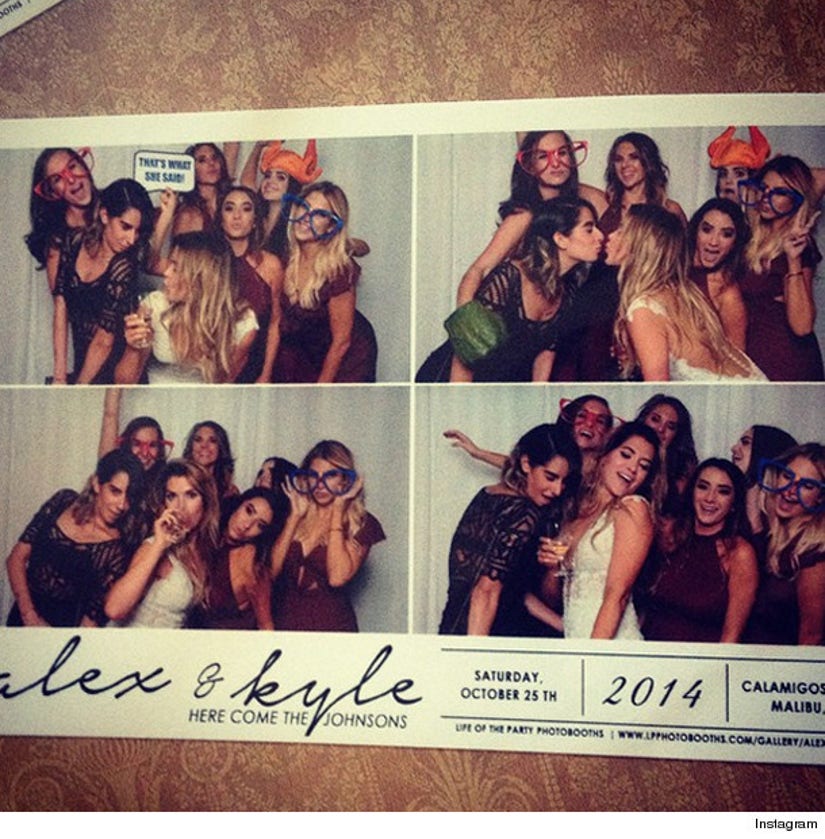 While Murrel had some issues with "Laguna," she's going to try the whole reality TV thing again -- Alex, Taylor and Morgan are working on their own spinoff!

So what made them want to do the show?

"We had such a following from 'Laguna' and we are amazed at the amount of people we had following us still 10 years later. Everyone's always wondering what's going on in your life and what you are doing," she explained.

"It's kind of like 'Laguna Beach' but fast forward 10 years. It's just a more mature version of what it was when we were in high school," she adds.

Alex and Morgan have also started their own digital agency together, the Mox Agency, and have been quite successful building fashion brads online!

Will you watch a spinoff with these three? Sound off below -- and click "Launch Gallery" above to see the rest of the MTV stars then and now!