Anne Hathaway has a message for the Hathahaters.

The "Interstellar" star appeared on Thursday's "The Ellen DeGeneres Show," where she opened up about dealing with online criticism and cyber bullying.

Check out the video above to find out how Anne was able to get past all the haters!

The "Les Miserables" star -- who won the Oscar for Best Supporting Actress for her role as Fantine in 2013 -- had a pretty rough year, especially when all of her accolades and public appearances were used against her and she became the butt of some pretty nasty jokes.

One particular story that struck a chord with the brunette beauty was titled, "Why Does Everyone Hate Anne Hathaway," which she stumbled upon while looking up ideas for a Funny or Die skit.

"It's really ok. It's has a happy ending. Life continues," she told Ellen, while addressing the audience's shocked reaction to the title.

While "The Devil Wears Prada" star was affected by all the negativity, she did make a conscious choice to turn it all around.

We think it's great that Anne was able to rise above all the criticism -- what do you think about Hathaway's candid comments?

Sound off below and check out the gallery to see more stars who've buzzed their heads!

Plus, make sure to check out the video above to find out how Matthew McConaughey's life motto helped her put things into perspective! 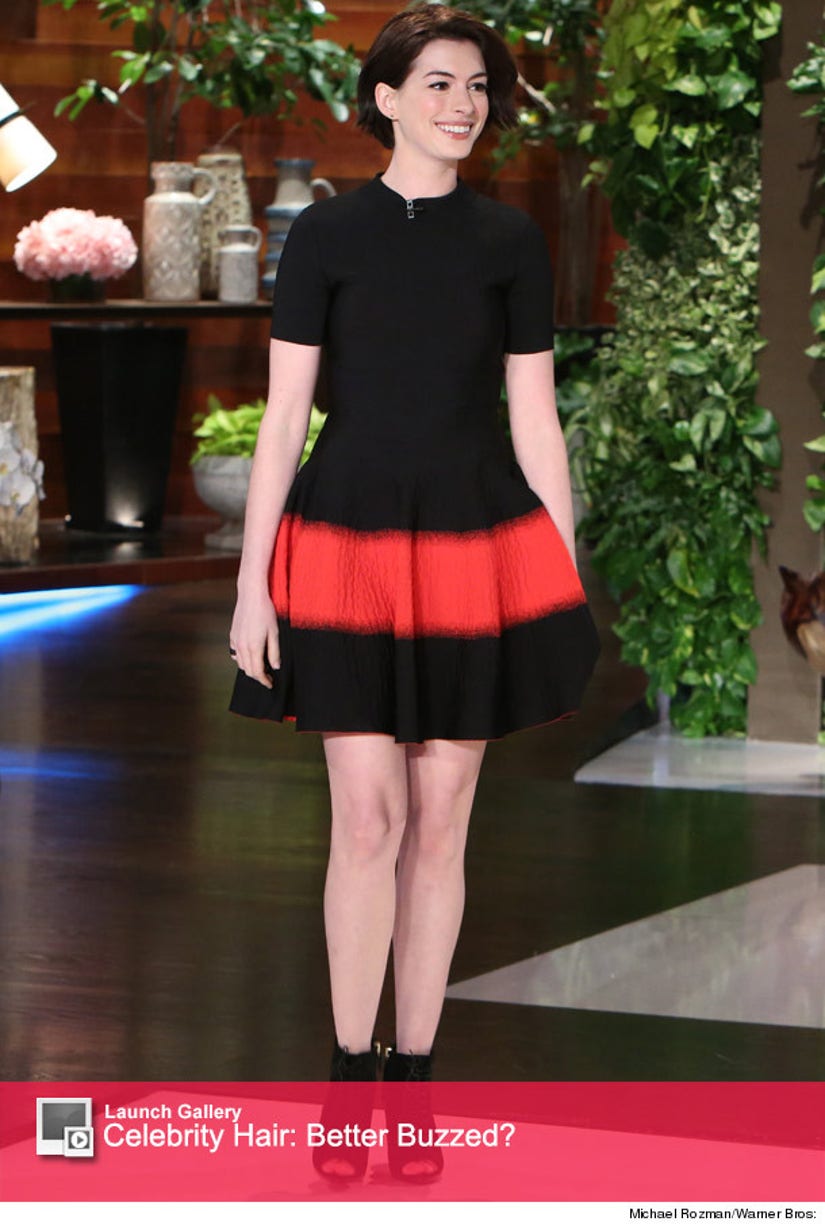