The reality star showed off her pert derriere while filming scenes for the family's reality show "Keeping Up with the Kardashians," in Los Angeles on Thursday. Think she's padding that thing?!

Rocking a burgundy skin-tight dress, black sandals and wearing her long locks in tousled waves, the 30-year-old looked sexy yet stylish for her day of shooting.

VIDEO: Scott Screams at Kourtney, Then Tries to Sleep With Khloe!

Khloe's also been hitting the gym a ton these days -- clearly, all of her hard work is paying off!

While "KUWTK" in the middle of shooting the new season, we have been getting to see Khloe and French Montana's relationship blossom on "Kourtney & Khloe Take The Hamptons."

The brunette beauty and the rapper called it off earlier this year, but it seems like both stars are still super close.

What do you think about the reality TV star's sexy style? Sound off below and click "Launch Gallery" above to see more of Khloe's best looks! 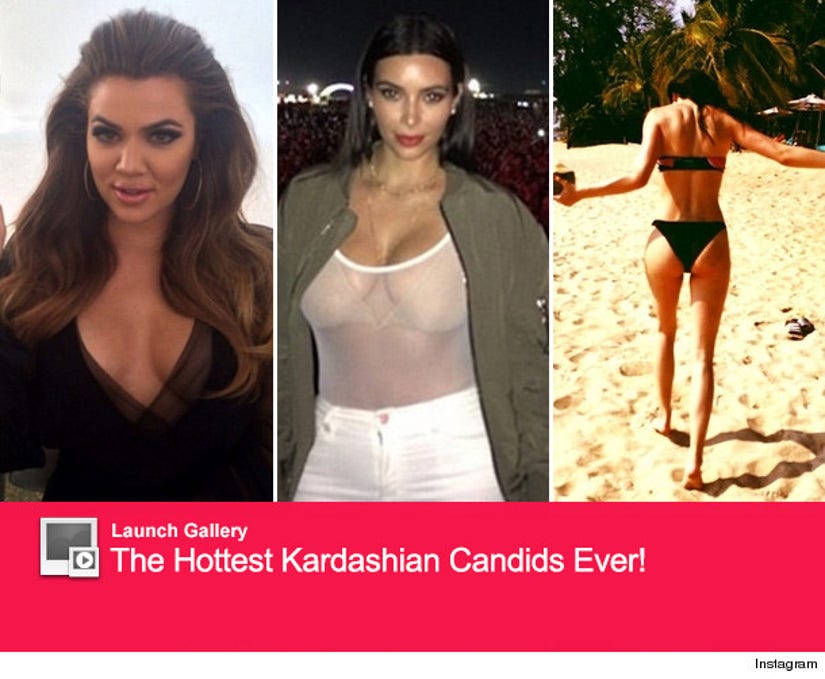