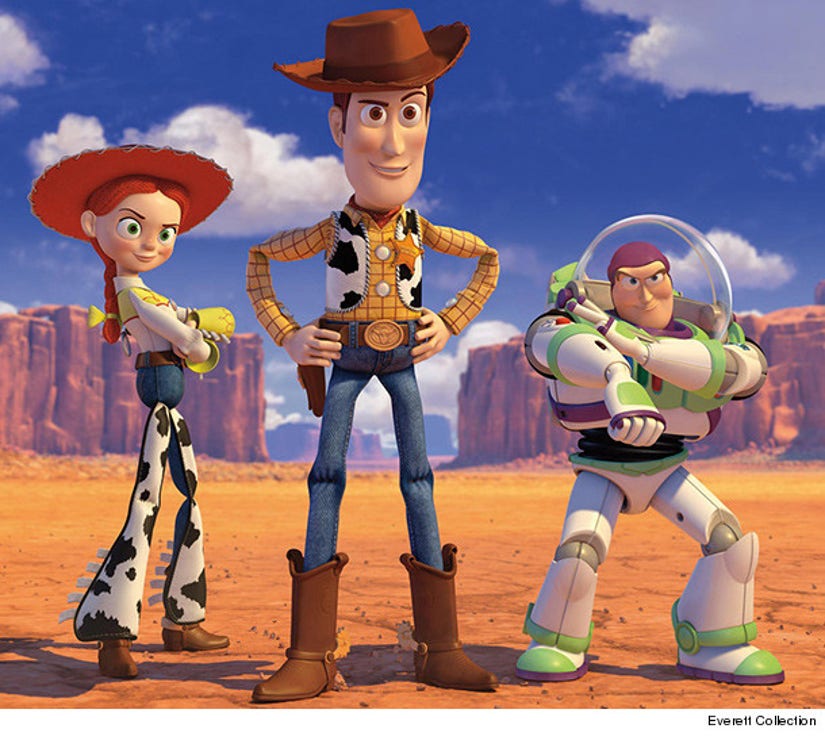 To infinity and beyond ... again! Buzz Lightyear and Woody are heading back to theaters.

"Toy Story 4" was officially announced on Thursday by Disney Chairman and CEO Bob Iger -- with John Lasseter returning as director. Lasseter directed the first film waaaaay back in 1995, as well as the sequel.

The next installment in the franchise won't be released until June 16, 2017 and is being written by "Parks and Recreation" alum Rashida Jones and Will McCormack. The duo also wrote "Jesse & Celeste Forever" together.

"We love these characters so much; they are like family to us,” Lasseter said in a press release. "We don't want to do anything with them unless it lives up to or surpasses what's gone before. 'Toy Story 3' ended Woody and Buzz's story with Andy so perfectly that for a long time, we never even talked about doing another 'Toy Story' movie. But when Andrew, Pete, Lee and I came up with this new idea, I just could not stop thinking about it. It was so exciting to me, I knew we had to make this movie—and I wanted to direct it myself."

The third film ended with Andy giving his toys away to a precocious young girl as he left to college. Since the third flick in 2010, ABC has also produced a Halloween special around the toys ("Toy Story of Terror!") and a Christmas special airing this December.

Are you happy the franchise is continuing? Sound off below!