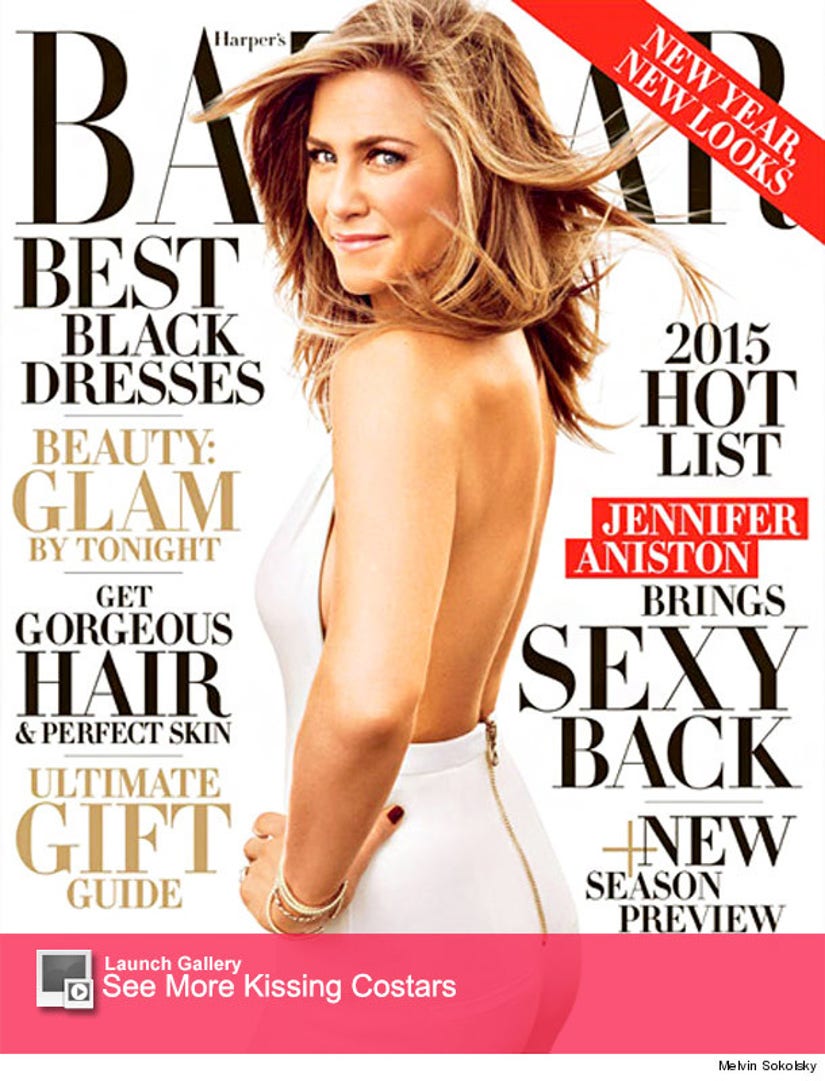 Jennifer Aniston has left her past in the past!

The "Horrible Bosses 2" star covers the December/January issue of Harper's Bazaar where she opens up about forgiving people who have wronged her and gushes about her fiance Justin Theroux.

Jen had a very public split from ex-husband Brad Pitt in 2005, after reports surfaced that the "Fury" star was having an affair with his "Mr. and Mrs. Smith" costar, Angelina Jolie.

Nevertheless, the brunette beauty says she doesn't hold any hard feelings about anyone who has wronged her.

"[I'm] a forgiving person," she tells the mag. "I absolutely am. I think it's extremely important to forgive. Otherwise it just builds up like toxic waste. There's nothing worse than holding a grudge. Listen, people can do unforgivable things, but you have to let it go and say, 'Look, we're all human beings. We make mistakes.' To hold any kind of resentment is like taking rat poison and waiting for the rat to die." 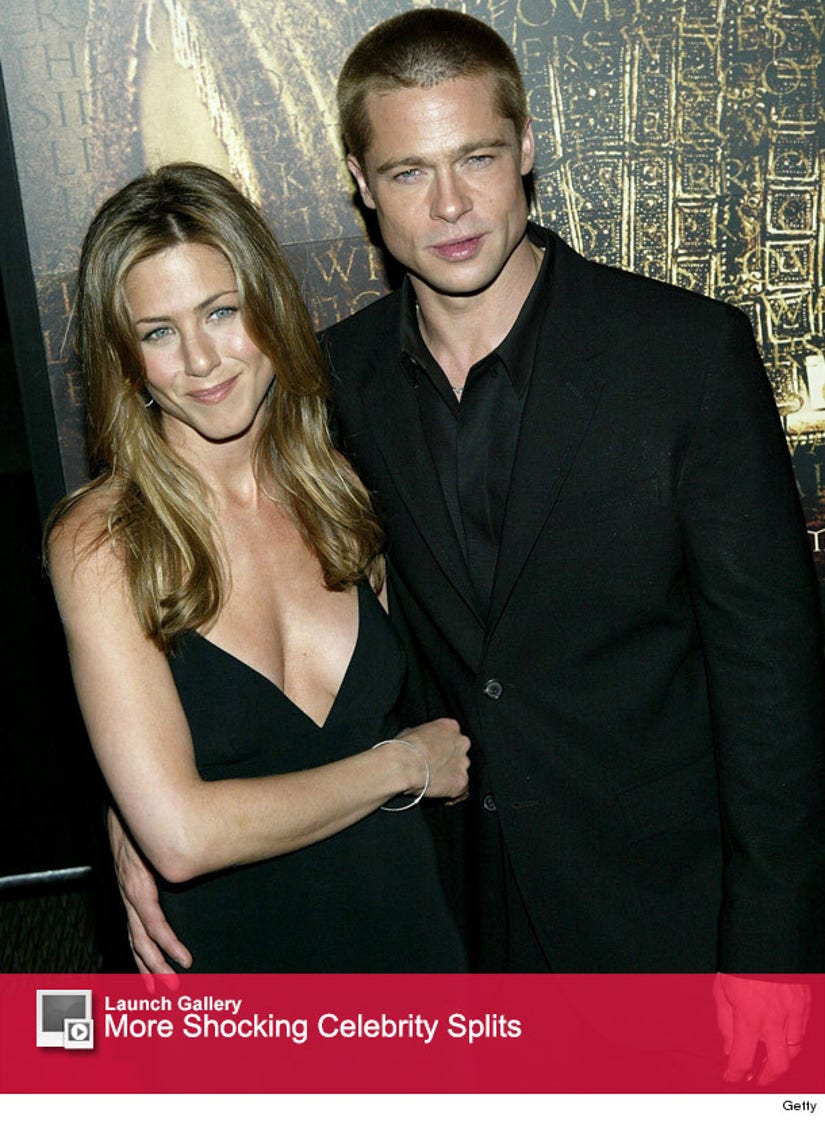 Jen -- who took a break from dating after her marriage ended -- met her now-fiance in 2011 while filming the comedy "Wanderlust." Justin proposed to Aniston in August 2012 and the cute couple currently live together in a beautiful Los Angeles abode.

"It really helped me get to a place where I was more comfortable with myself, truly ready for love and for a partner," she says about the single life. "The past wasn't 'less than.' It was extremely important to my growth as a woman."

"If you take the law of attraction, if you only love yourself 70 percent, that's what's going to come back to you," Aniston explains. "So you fill up that 30 percent, then all of a sudden there's this pure, good love standing right in front of you. Then you realize, 'Oh, this can be easy! It doesn't have to be so hard.'"

The "We're The Millers" star also gushes about the "Leftover" actor in the new issue, revealing that Justin is not only her real-life love but her "creative crush," too. 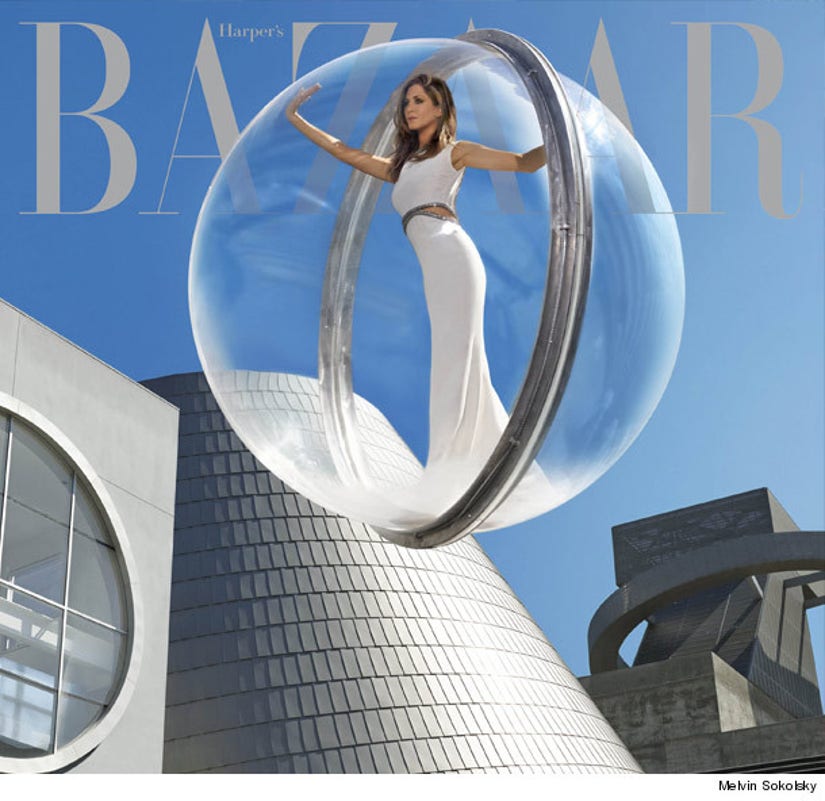 "I just think it's so attractive to be that good at so many things and to have no ego. He's one of the most humble, decent human beings. He's not an ass. He's not like some of our friends who are young and up-and-coming and they hit celebrity, and all of a sudden you're like, 'Oh! You're different. Now you don't say hi to people?,'" she reveals.

While the adorable couple have yet to set a wedding date, Jen and Justin seem like they're more in love than ever!

"It's almost impossible to get bored with one another," she confesses. "We've tried so hard! And even that's interesting because his eyes are so pretty, but we can entertain ourselves and talk about endless things, which is pretty great."

We love seeing this side of Aniston -- what do you think about "The Good Girl" star's candid comments? Sound off below and click "Launch Gallery" to see more stars who've met on the set!