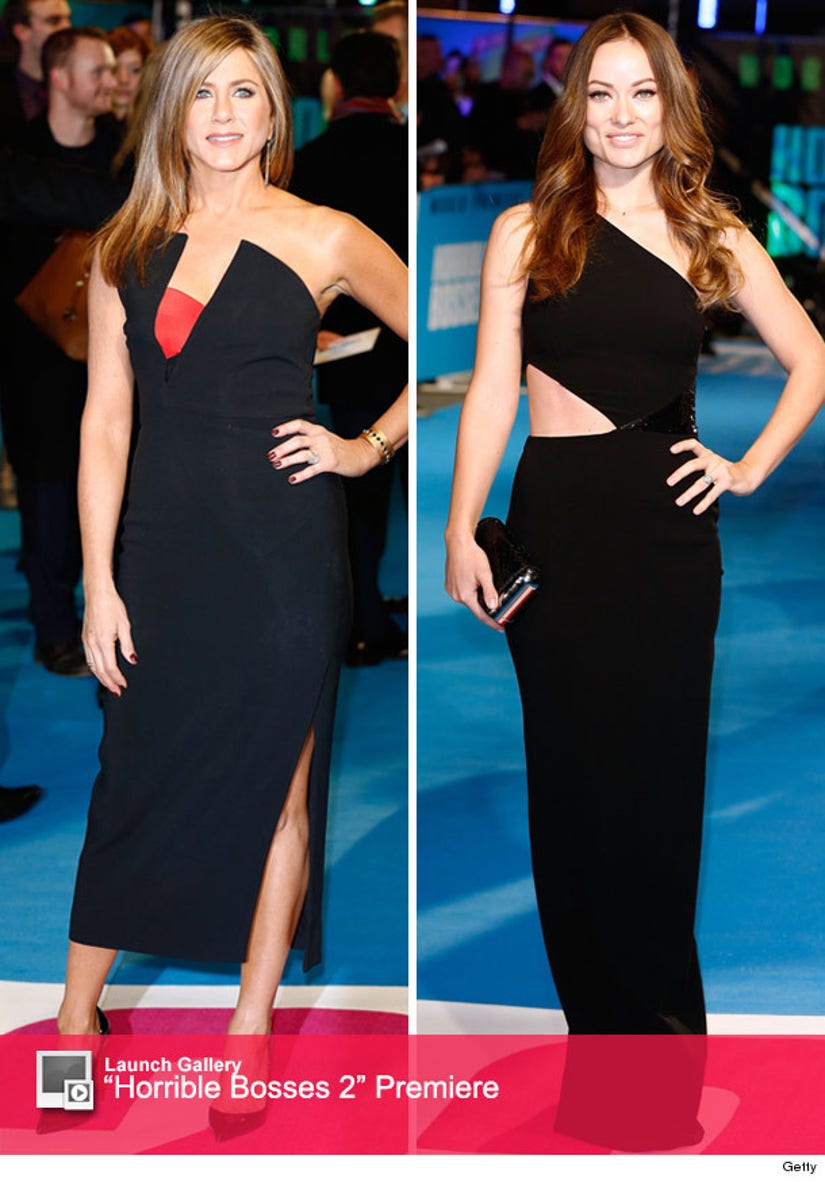 Jennifer Aniston and Olivia Wilde looked sleek and sexy in all black at the "Horrible Bosses 2" premiere in London on Wednesday.

The "We're the Millers" actress showed off a little leg and her famous figure in a black Antonio Berardi dress with a peek-a-boo red corset. She kept her signature locks down and wore a pair of Christian Louboutin pumps to complete her red hot ensemble.

Jen, who reprises her role as the kinky Dr. Julia Harris, stars alongside Jason Sudeikis in the sequel to the hit comedy. He attended the premiere with his beautiful wife Olivia Wilde, who also turned heads on the red carpet.

The new mom wore a black Michael Kors cut-out gown, which she paired with perfectly tousled curls and a nude lip. While the "Drinking Buddies" star was there to support her hubby, she still managed to steal the spotlight with her sexy look!

Which actress' black dress do you think better? Tell toofab in the comment section below, and click "Launch Gallery" above to see more pics from the premiere.