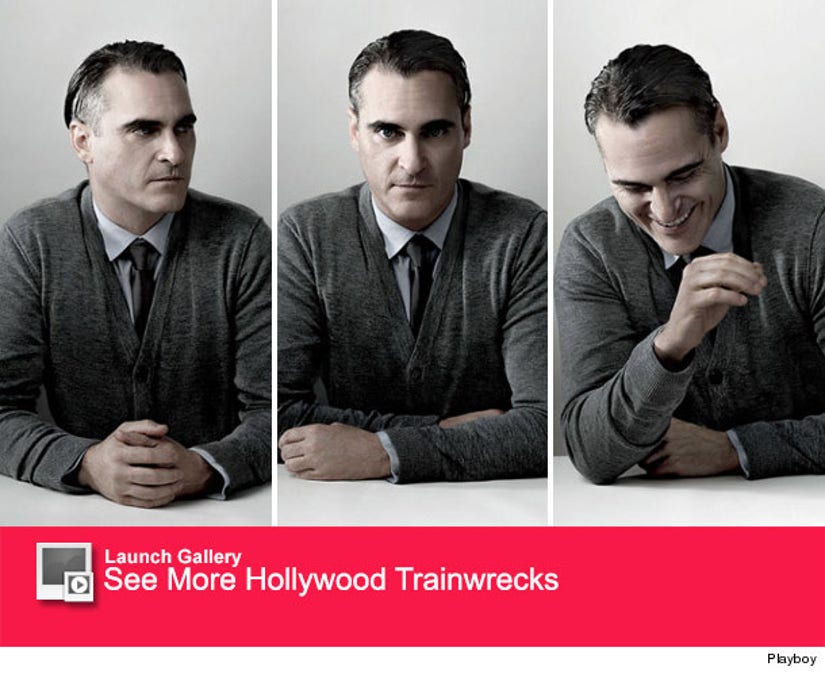 Joaquin Phoenix is finally talking about what really happened during his infamous interview with David Letterman back in 2009.

The actor's bizarre behavior and bushy beard left many wondering if he was on drugs or mentally ill -- but now, he's setting the record straight about his strange sit-down with the late night host.

"David Letterman was not in on the joke," the "Inherent Vice" star tells Playboy's Stephen Rebello. "My agents, my publicist Sue Patricola -- she's really good in the movie because she seems so concerned, right? They were all in on it, of course."

"But look, David Letterman is one of the smartest guys on television. There's no way that guy doesn't know what's going on in some way. That's what I'll say about it," he adds.

Check out the clip below to see his crazy antics for yourself!

During his interview with Playboy, the veteran actor also talks about being part of the Children of God religious group as a child in the 1970s.

"When people bring up Children of God, there's always something vaguely accusatory about it. It's guilt by association," he explains. "I think it was really innocent on my parents' part. They really believed, but I don't think most people see it that way. I've always thought that was strange and unfair. I think my parents thought they'd found a community that shared their ideals."

"Cults rarely advertise themselves as such. It's usually someone saying, 'We're like-minded people. This is a community,' but I think the moment my parents realized there was something more to it, they got out," he declares.

Check out Phoenix's full interview in the latest issue of Playboy, on newsstands Friday, November 14.

What do you think of his candid comments? Do you think his strange behavior was just a joke? Sound off below!