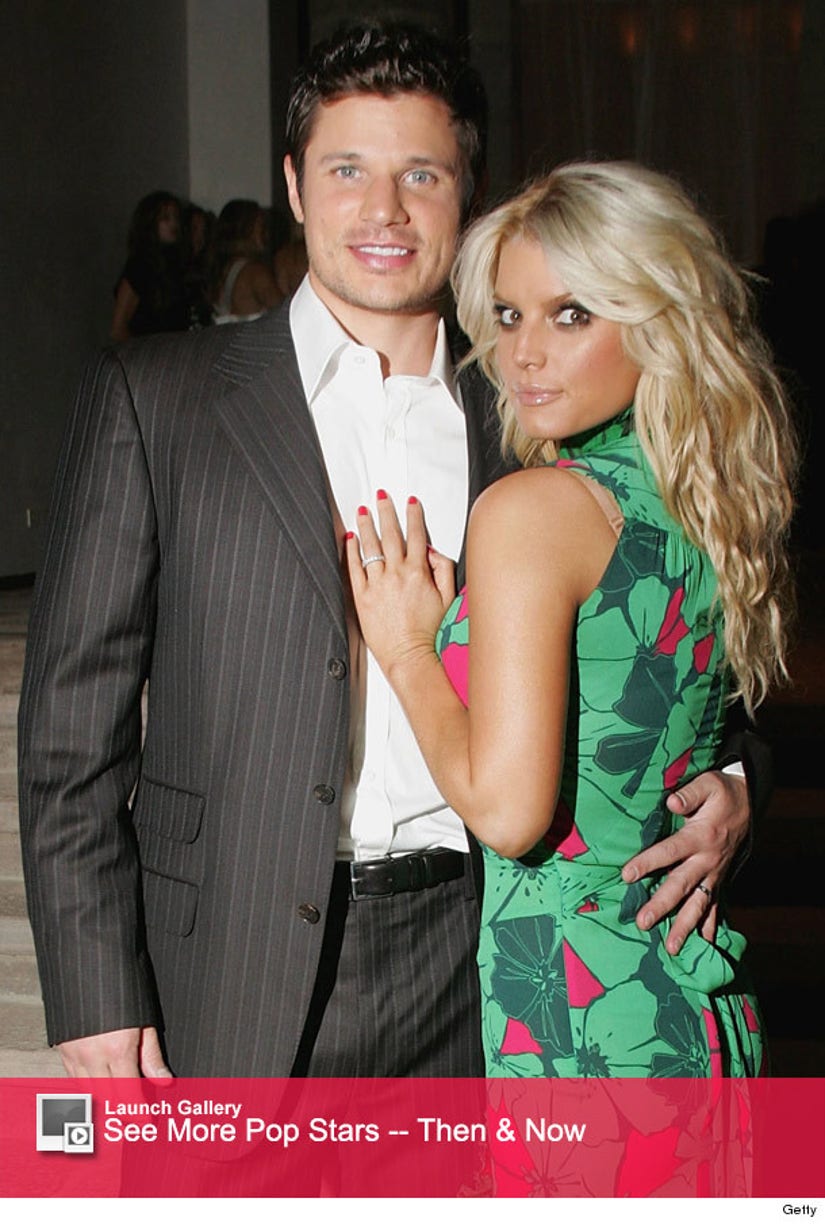 Jenny McCarthy really knows how to push her guests' buttons.

Nick Lachey appeared on her "Dirty, Sexy, Funny" SiriusXM radio show on Tuesday, where she really went in on him about ex-wife Jessica Simpson and having sex with his current wife, the pregnant Vanessa Minnillo.

While he's "happily married" with a second child on the way, Jenny asked if he was "happy" he never had a kid with his ex.

"In our situation, that was probably the best thing that could have ever happened that we didn't have kids," he said of the situation. "You're always going to love your kids no matter how you feel about their other parent, but all things being equal, it was the best thing probably for both of us that we went on with our lives."

The two famously costarred on one of MTV's best reality shows ever, "Newlyweds," before they split after three years of marriage.

"She and I don't necessarily stay in each others lives," Lachey says of their current relationship. "I wouldn't say it's friends and I wouldn't say it's enemies, there is just no contact. We both moved on with our lives. It's not animosity, it's not friendship, it's just kind of nothing."

As for life with Vanessa these days, Nick says they're still getting it on, even though she's got quite the baby bump.

"You get to this point, you've got to get very creative with your positioning," he says."I'm not sure she's that comfortable right now with much of anything, including sex. It was my birthday weekend this weekend though, so I did howl at the moon a couple times."