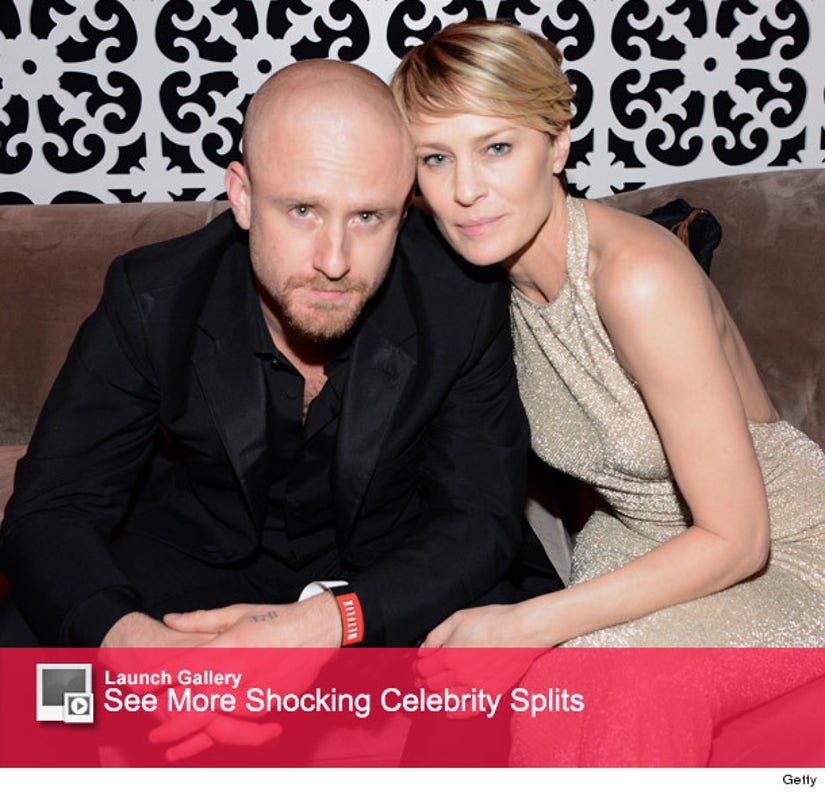 We didn't see this one coming!

Robin Wright and longtime beau Ben Foster have called off their engagement, according to Us.

The actress and actor got engaged last Christmas and first started dating after meeting on the set of their 2011 flick "Rampart."

"She got swept up in the engagement last Christmas, but then their schedules got crazy and she realized it wasn't the right decision," an insider tells the mag, referring to Robin's decision to split.

Wright and Foster have both been extremely busy working on various projects -- Wright's been filming in Baltimore for "House of Cards" and spends weekends with her children Dylan and Hopper Penn in Los Angeles, while Ben's been working in London on "A Streetcar Named Desire."

But distance wasn't the only factor in their breakup, sources also suggest the couple's 14-year age difference also played a major part in the "Forrest Gump" star's decision to end things.

This would have been the third trip down the aisle for Robin -- she was previously married to Dane Witherspoon and Sean Penn.

Are you surprised by the pair's end-gagement news? Sound off below and click "Launch Gallery" above to see even more shocking celebrity splits!