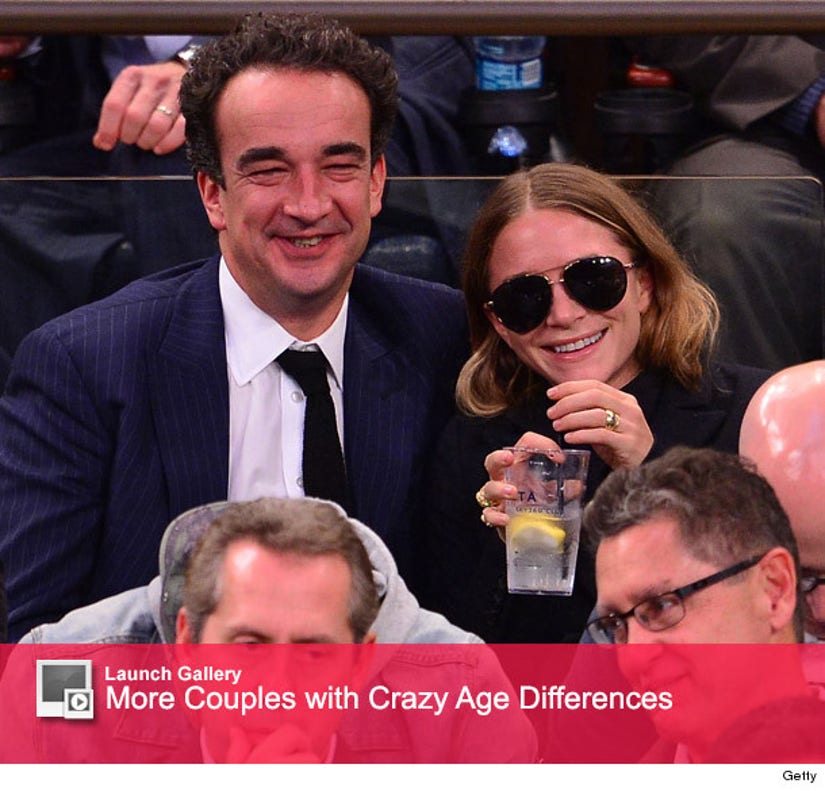 Mary-Kate Olsen is a lady in love!

The "Full House" alum also showed off two gold bands on her ring finger -- which probably means the couple has already tied the knot.

Mary-Kate and Oliver got engaged earlier this year, and both have been rocking matching gold bling on their ring fingers.

In another photo from the game, the designer leans into her 45-year-old beau for a sweet kiss. 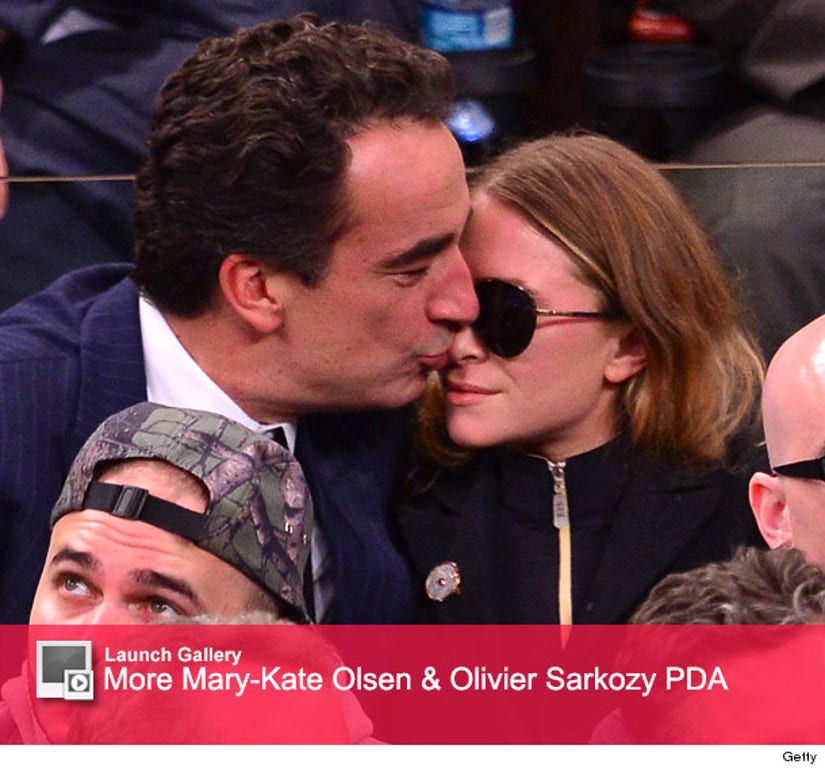 The couple has been together for over two years now. The banker is also the brother of France's former president, Nicholas Sarkozy.

This is also the first time we've seen MK since she stepped out looking noticeably different than her twin sister last week. Looking at the pic below -- where she's not wearing sunglasses -- we gotta say, she looks like the same old Mary-Kate to us. Maybe she just had an off makeup night on the red carpet earlier this month. 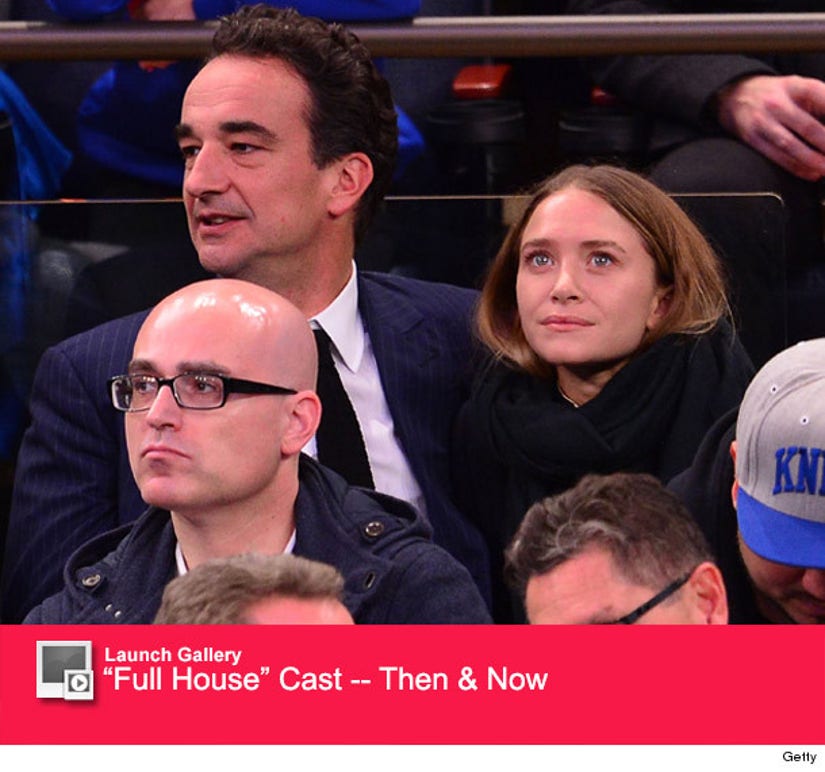 What do you think about Olsen and Sarkozy's PDA pics? Tell toofab in the comment section below and click "Launch Gallery" above to see even more celebrity and engagement bling!