Taylor Swift rocks out to her music in the car too!

The pop star dropped by BBC Radio 1's Greg James' car to roll around London with him, and listen to tracks from her new "1989" album.

Check out the hilarious video above to see the two lip-sync Taylor's new single "Blank Space."

It definitely looks like the 24-year-old is loving her new album just as much as the rest of the world -- and Greg and Taylor make a pretty good lip-syncing team!

The "Out of the Woods" singer has been keeping busy since dropping her first pop album -- from public appearances, to girls nights and Knicks games -- the blonde beauty's definitely on top right now.

What do you think about Taylor and Greg's performance? Tell toofab in the comment section below and check out the gallery below to see more of Swift's best candids! 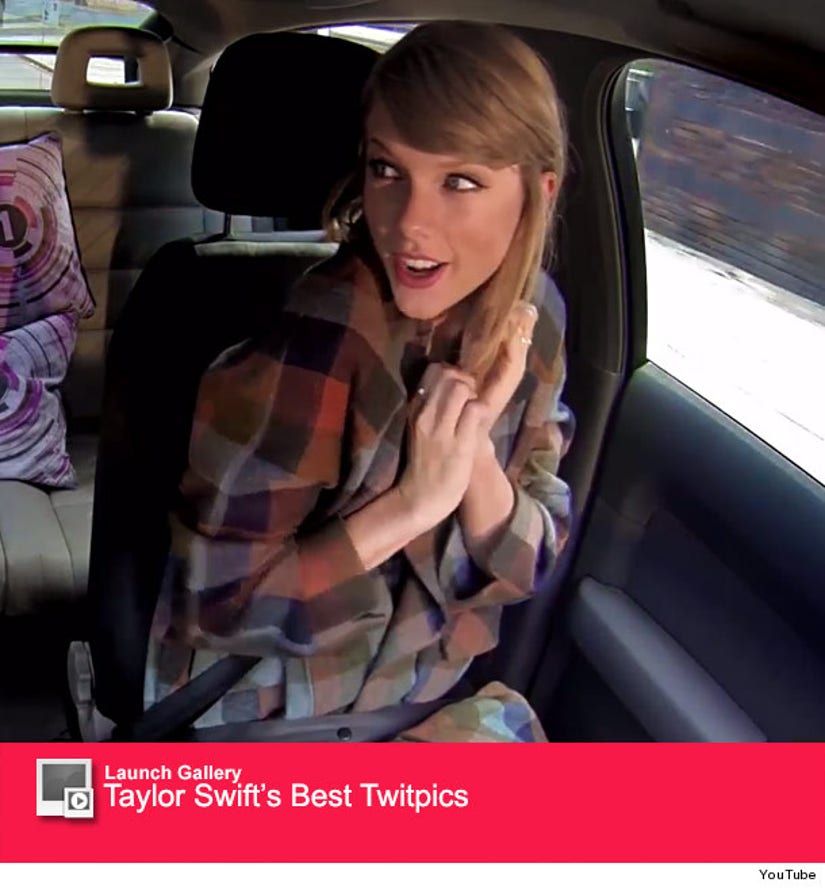