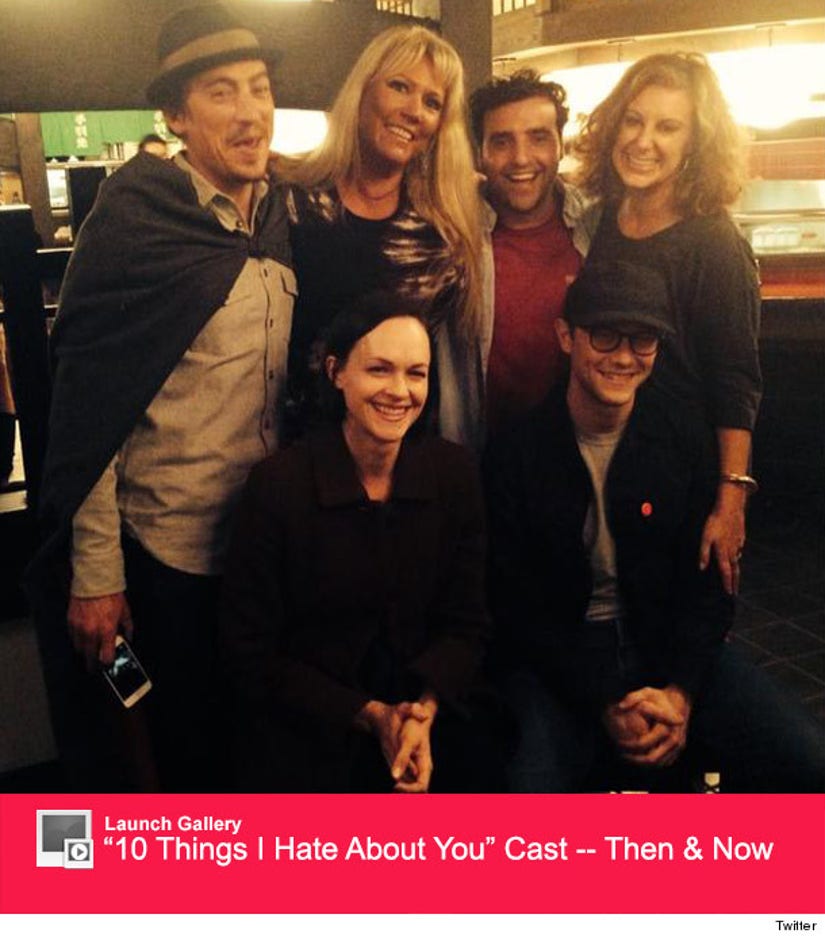 The cast of "10 Things I Hate About You" reunited over the weekend ... and it made all of our 90's teen dreams come true!

Aside from the late Heath Ledger, a few of the movie's other main stars were MIA, including Julia Stiles, Gabrielle Union and Larisa Oleynik.

But, the "Alex Mack" alum had a good reason for missing the reunion -- she lost her wallet and couldn't get on a flight without her ID!

During a interview panel at the Nuart Theatre in Los Angeles, the cast shared some secrets from the set. In fact, Gordon-Levitt auditioned for Krumholtz's character, who played his onscreen BFF. 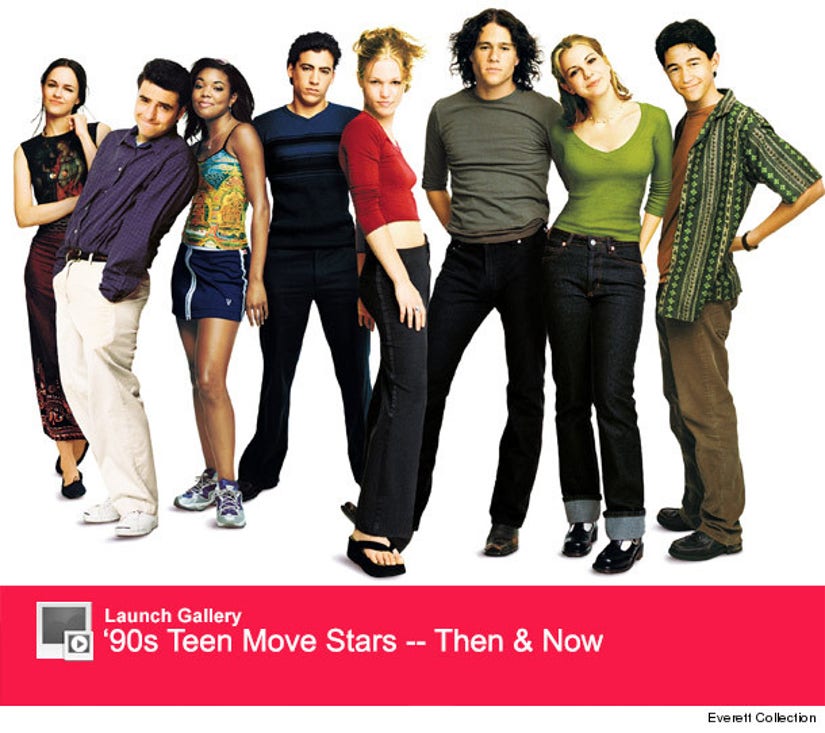 "I liked the part that Dave played because he was funny. I wanted to be funny," JGL told the audience. Ultimately, he nabbed the role of the lovable leading man, Cameron James -- and we wouldn't change a thing about that casting choice!

Joseph also told a hilarious story about getting stoned with Ledger. "This one night I remember getting particularly stoned, and I was sitting on the floor and I wouldn't talk," he said. "I was 17 and would get really altered. There was a conversation back and forth with [David] and Heath ... and they wouldn't look at me. They were f**king with me. I was looking back and forth, and back and forth, and no one was looking at me. Then I looked and Heath was staring right at me ... and I screamed!"

"He knew how to play with you," he continued. "As we know, we really knows how to play."

See what the rest of the cast looks like now in the gallery above!